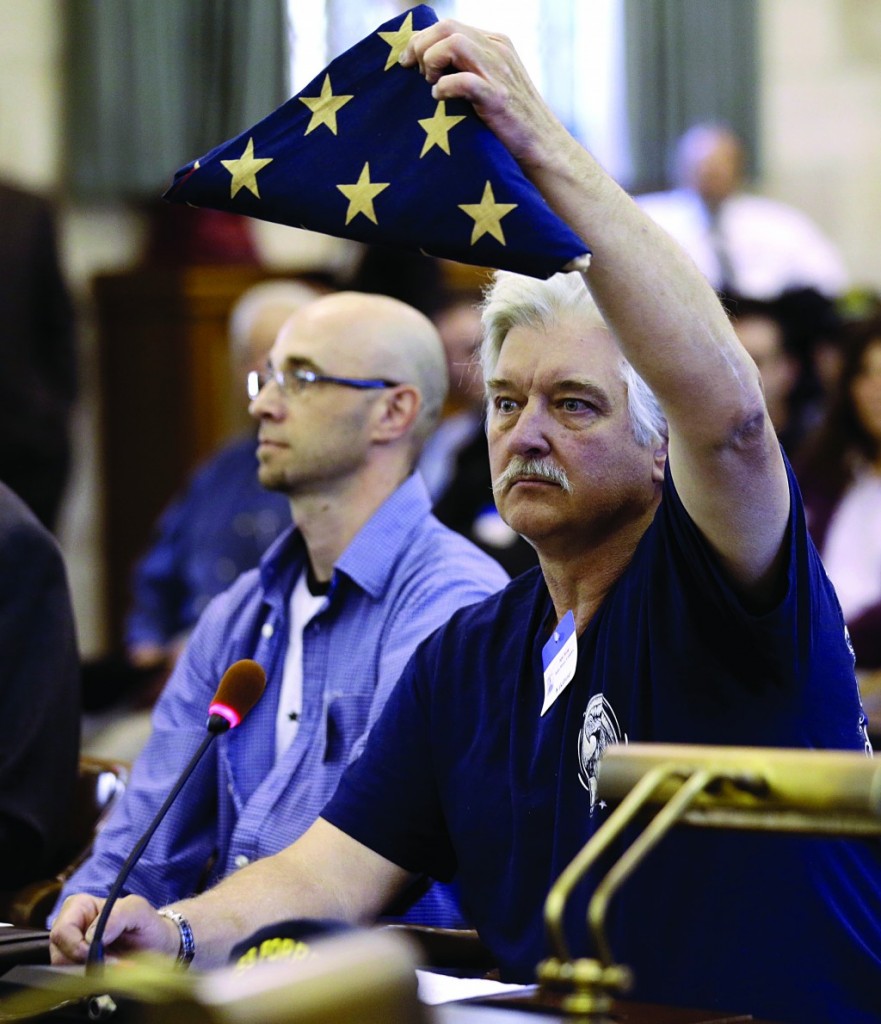 Parents of four of the 20 children killed in the Connecticut school shootings in December stood with the New Jersey Assembly on Tuesday to urge the Senate to limit the number of bullets in ammunition magazines.

Their plea came as a Senate committee considered several measures designed to strengthen state gun laws — but not a proposal to limit magazine capacity to 10 bullets, five less than state law now allows. The Assembly passed the bill in February.

Nelba Marquez-Greene, whose daughter, Ana, was among those killed at Sandy Hook Elementary School in Newtown, reminded lawmakers that 11 children were able to escape as the shooter reloaded. Assembly Majority Leader Lou Greenwald noted the 13th bullet in a magazine killed Christina-Taylor Green, the 9-year-old who died in the Tucson, Ariz., shooting that wounded Rep. Gabrielle Giffords.

“Outside of a shooting range, the only use for large-capacity magazines is to kill as many people as possible,” Marquez-Greene said at a Statehouse news conference. “While there are many unanswered questions about Dec. 14, we know that lives have been saved when a shooter has had to stop and reload.”

Nicole Hockley, whose 6-year-old son Dylan also was killed, noted that gunman Adam Lanza shot 154 bullets in four minutes and was carrying 30-round capacity magazines, having left smaller capacity magazines at home. Dylan’s classroom was the one from which 11 children fled when Lanza stopped to reload, she said.

“He was not able to escape,” she said. “So I’m one of those parents who ask myself every day … if those magazines had held 10 rounds instead of 30, forcing the shooter to reload many more times, would my son be alive today?”

Although New Jersey already has the second-strictest gun laws in the country, behind only New York, each branch of the Democrat-led Legislature and Republican Gov. Chris Christie have proposed separate packages of gun violence bills designed to close loopholes in current laws, to address mental illness and gun ownership, and to strengthen penalties for gun trafficking.

One of Christie’s bills requires parental consent for a minor to buy or rent some violent video games; the Senate version proposes parents be educated about violent videos because some legal scholars say Christie’s proposal won’t stand up in court.

Only the Assembly has moved to limit magazine capacity. It’s part of a 22-bill package the chamber fast-tracked within two months of the Newtown massacre.

Despite meeting with the families, Senate President Stephen Sweeney on Tuesday indicated his unwillingness to go along with a further limit on magazine capacity.

“Twenty years ago New Jersey implemented a limit on the size of ammunition [magazines],” he said in a statement. “What we must focus on now is preventing guns from getting into the hands of those who should not have them. That means addressing issues of mental health, background checks, illegal guns, and straw purchases.”

National Rifle Association lobbyist Darin Goens, meanwhile, said the Senate hearing was typical of those he has attended in other states.

“You don’t see the criminals. You don’t see the drug dealers [at the hearing],” he said. “They don’t care what you pass. They’re going to continue to break the law… It’s only going to affect the law-abiding citizen and it’s going to do nothing to impact crime.”