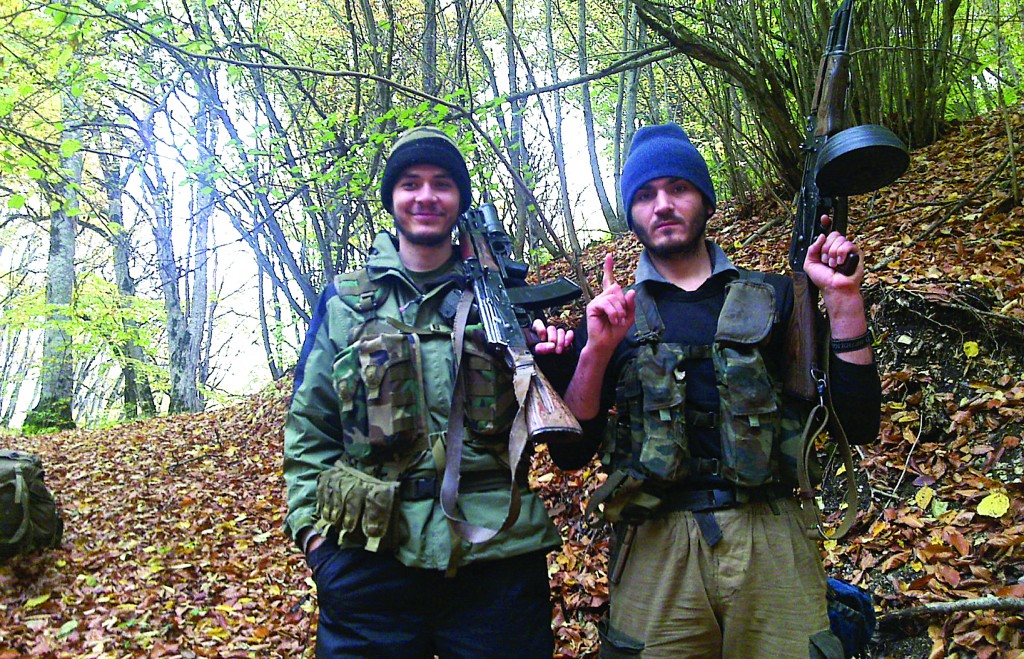 Russian agents placed the elder Boston bombing suspect under surveillance during a six-month visit to southern Russia last year, then scrambled to find him when he suddenly disappeared after police killed a Canadian jihadist, a security official told the AP.

U.S. law enforcement officials have been trying to determine whether Tamerlan Tsarnaev was indoctrinated or trained by militants during his visit to Dagestan, a Caspian Sea province that has become the focal point of a simmering Islamic insurgency.

The security official with the Anti-Extremism Center, a Russian agency, told the AP that Russian agents were watching Tsarnaev, and that they searched for him when he disappeared two days after the July 2012 death of the Canadian man, who had joined the Islamic insurgency in the region. The official spoke on condition of anonymity because he was not authorized to speak to the media.

Security officials suspected ties between Tsarnaev and the Canadian, an ethnic Russian named William Plotnikov, according to the Novaya Gazeta newspaper, and cited an unnamed official with the Anti-Extremism Center. The newspaper said the men had ties that brought Tsarnaev to the attention of Russian security services in late 2010.

Both men were amateur boxers of roughly the same age whose families had moved from Russia to North America when they were teenagers. In recent years, both had turned to Islam and expressed radical beliefs. And both had traveled to Dagestan.

The AP could not independently confirm whether the two men had communicated online or crossed paths either in Dagestan or in Toronto, where Plotnikov had lived with his parents and where Tsarnaev had an aunt.

After Plotnikov was killed, Tsarnaev left suddenly for the U.S. The official said his sudden departure was considered suspicious.

Plotnikov’s father told CBCNews on Monday that his son had broken off contact when he returned to Russia in 2010 and he had no way of knowing whether his son knew Tsarnaev.

In an August interview with the National Post, Vitaly Plotnikov said his son, who was 23 when he died, had converted to Islam in 2009 and quickly became radicalized. He said he fully understood what his son was up to in Russia only when he received photos and videos after his death.

In one photo, a smiling William Plotnikov is shown posing in the woods, an automatic rifle slung over his shoulder and a camouflage ammunition belt around his waist. In the videos, which the National Post reporter watched with the father, the younger Plotnikov talked openly of planning to kill in the name of All-h.

Plotnikov had been detained in Dagestan in December 2010 on suspicion of having ties to the terrorists and during his interrogation was forced to hand over a list of online friends from the United States and Canada who like him had once lived in Russia, Novaya Gazeta reported.

The newspaper said Tsarnaev’s name was on that list, bringing him for the first time to the attention of Russia’s secret services.

The Islamic insurgency in Dagestan grew out of the fighting between Russian troops and Chechen separatists in the 1990s.

After Plotnikov’s death, Russian security agents lost track of Tsarnaev and went to see his father in Makhachkala, the capital of Dagestan, who told them that his son had returned to the U.S., Novaya Gazeta said.

The agents did not believe the father, since Tsarnaev had left without picking up his new Russian passport, and they continued to search for him, the newspaper reported.

The Russians later determined that Tsarnaev had flown to Moscow on July 16 and to the United States the following day, the newspaper said. Tsarnaev arrived in New York on July 17.

Russian migration officials have said they were puzzled that Tsarnaev applied for the passport but left before it was ready.

His father, Anzhor Tsarnaev, said last week that his elder son stayed with him while waiting for the passport to be processed. He could not be reached Tuesday for comment on the Novaya Gazeta report.