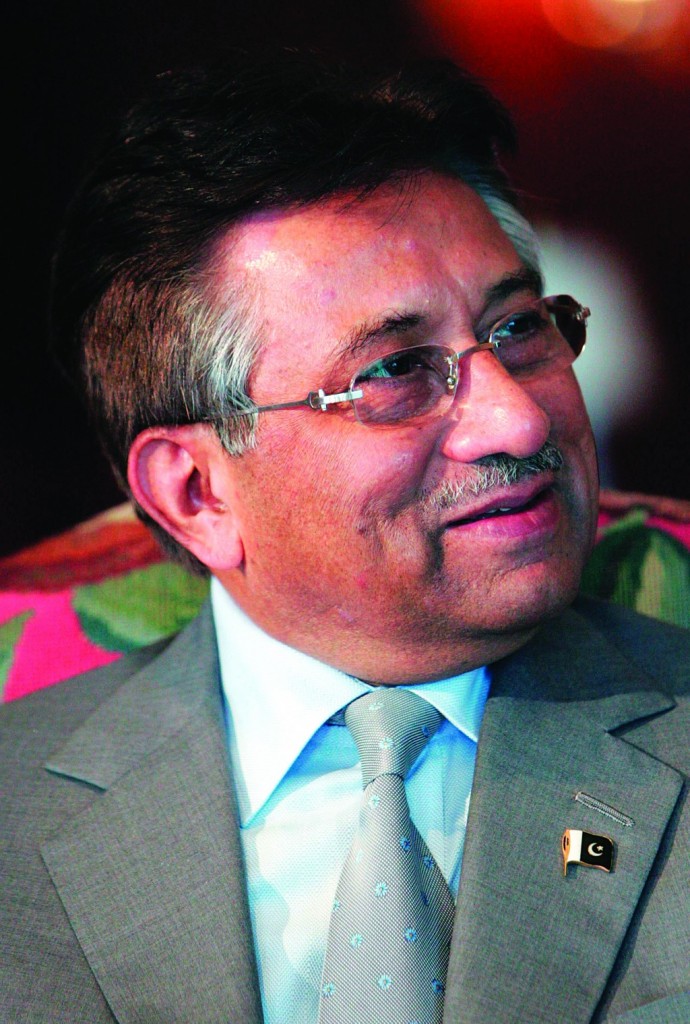 A Pakistani court on Tuesday banned former military ruler Pervez Musharraf from running for public office for the rest of his life, the latest blow since he returned from exile last month to make a political comeback.

The ban came as Pakistan’s powerful army chief pledged in a rare speech that the military would do everything in its power to ensure the parliamentary election is held as scheduled on May 11, despite the Taliban’s attempt to disrupt the vote by attacking candidates.

One of Musharraf’s lawyers, Saad Shibli, said he would go to the Supreme Court to challenge the ruling against his client, claiming the former leader should not be singled out for punishment for his actions while in power since others were involved.

“About 500 officials at different levels and institutions were part of Musharraf’s actions, and if those actions come under scrutiny, all those people should be involved in this matter,” Shibli said.

Judges had previously barred Musharraf from running in the parliamentary election scheduled for May 11. The Peshawar High Court handed down the lifetime ban Tuesday after hearing an appeal by Musharraf’s lawyer to allow him to run in the upcoming election.

Musharraf returned to Pakistan in March after four years in self-imposed exile, but his fortunes have gone from bad to worse since he arrived. He is currently under house arrest in connection with a pair of court cases against him.

One involves his decision to fire senior judges, including the chief justice of the Supreme Court, while in power. The other relates to the assassination of former Prime Minister Benazir Bhutto in 2007. Government prosecutors have accused Musharraf of being involved — allegations he has denied.

Musharraf seized power in a coup in 1999 when he was serving as army chief and ruled for nearly a decade. He stepped down in 2008 because of growing discontent with his rule.

He returned to Pakistan despite Taliban death threats, but was met by only a few thousand people when his plane landed in the southern port city of Karachi. Analysts said the response showed how little public support he enjoyed in the country.

The run-up to next month’s parliamentary election has been marred by violence, much of it carried out by the Pakistani Taliban.

On Tuesday, gunmen killed a politician running for a provincial assembly seat in southwestern Baluchistan province in an attack that seemed to be the result of a political rivalry, said local government official Saeed Ahmad.

The Taliban have killed at least 60 people in attacks on candidates and party workers since the beginning of April. Many have targeted secular parties, raising concerns the violence could benefit hard-line Islamic politicians and others who take a softer line toward the militants.