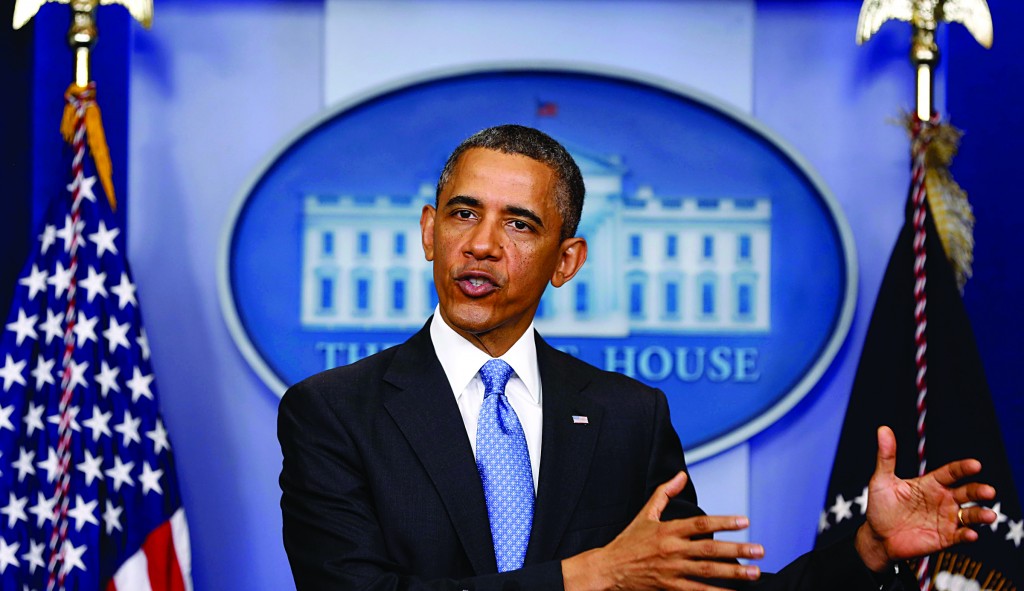 President Barack Obama vowed on Tuesday to make a new push to close the Guantanamo detention center, where about 100 inmates are on hunger strike, saying it was damaging to U.S. interests to keep holding prisoners there in legal limbo. Some of those on hunger strike are being force-fed at the camp at the U.S. Naval Base in Cuba.

Obama, who repeatedly vowed to close the camp, which now holds 166 detainees, when he was campaigning for a first term and when he first took office in 2009, said he would re-engage with lawmakers to find a way to shut the facility and make good on an unkept promise.

However, he offered no new path to overcoming congressional, political and legal obstacles that blocked his earlier efforts to close Guantanamo, where many of the prisoners have been held for more than a decade without being tried or charged.

“It’s not sustainable — I mean, the notion that we’re going to continue to keep over 100 individuals in a no-man’s land in perpetuity,” Obama told a White House news conference.

Long a subject of international condemnation, Guantanamo has returned to the spotlight with the hunger strike. Some inmates have given harrowing accounts of force-feeding.

He ticked off a list of reasons why the camp should be shut down.

“Guantanamo is not necessary to keep America safe,” Obama said. “It is expensive. It is inefficient. It hurts us, in terms of our international standing. It lessens cooperation with our allies on counter-terrorism efforts. It is a recruitment tool for extremists. It needs to be closed.”

He said he had asked his advisers to review every option at his disposal, pledging, “I’m going to go back at this.”

Obama pointed the finger at Congress for preventing his earlier efforts and said he would need lawmakers’ help this time. But he acknowledged it would be an uphill struggle: “It’s easy to demagogue the issue.”

Stymied by Congress, Obama failed to meet his promise to close the prison within a year of taking office in early 2009.

The U.S. military on Monday counted 100 prisoners as hunger strikers and is force-feeding 21 of them through tubes inserted through their noses and down into their stomachs. Five of those being force-fed have been hospitalized for observation but did not have life-threatening conditions, a spokesman for the detention camp said on Tuesday.

Hunger strikes have occurred at Guantanamo since shortly after the United States began detaining suspected al-Qaida and Taliban captives there in January 2002.

The current hunger strike began in early February, after guards seized photos and other belongings during a cell search. Prisoners said the guards had mistreated their Korans during the search, which the U.S. military denied.