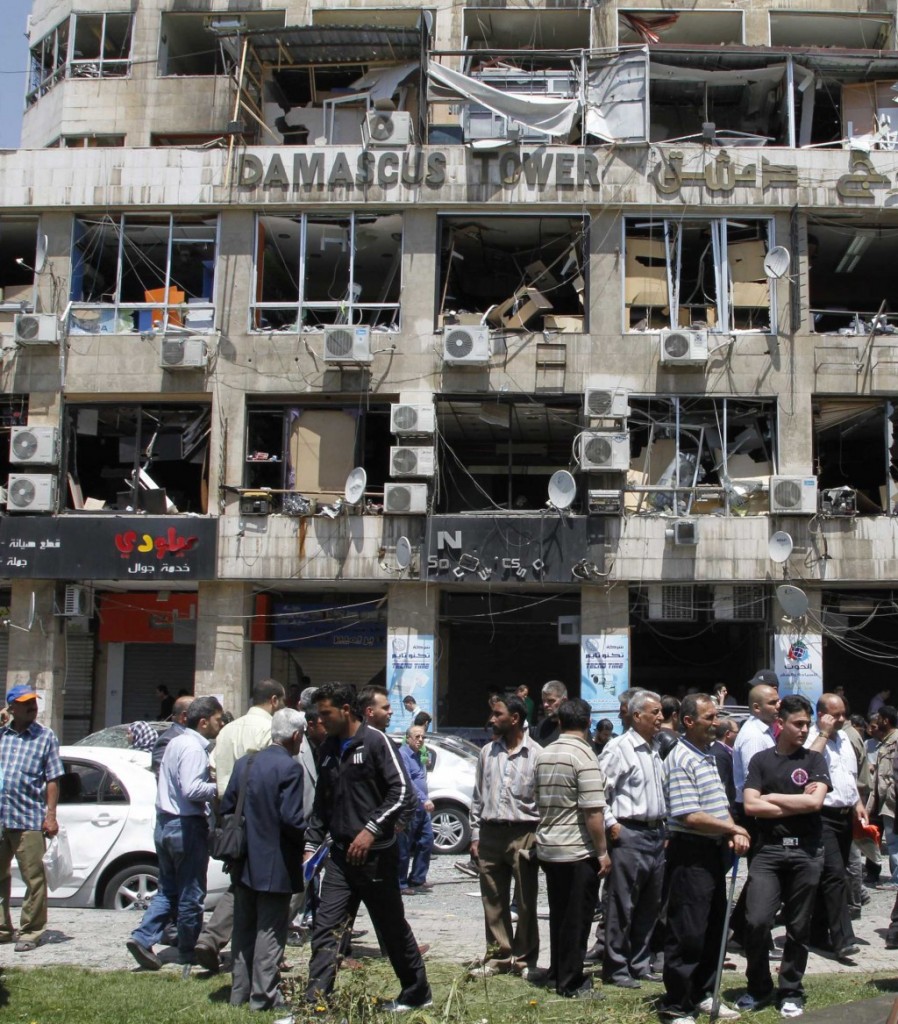 The leader of Lebanon’s Hizbullah terrorist group said Tuesday that Syrian rebels will not be able to defeat President Bashar Assad’s regime militarily, strongly suggesting that Syria’s “real friends” including his Iranian-backed terrorist group would intervene on the government’s side if the need arises.

The powerful Shiite Muslim group is known to be backing Syrian regime fighters in Shiite villages near the Lebanon border against the mostly Sunni rebels fighting to topple Assad. But the comments by Sheik Hassan Nasrallah were the strongest indication yet that his group was ready to get more substantially involved to rescue Assad’s embattled regime.

“Syria has real friends in the region and in the world who will not allow Syria to fall in the hands of America or Israel or the Takfiris,” he said, referring to followers of an al-Qaida-like extremist idology.

Hizbullah and Iran are close allies of Assad. Both have been accused by rebels of sending fighters to assist Syrian troops trying to crush the 2-year-old Syrian uprising as it morphed into a civil war.

Nasrallah said Tuesday that now there are now no Iranian forces in Syria, except for some experts who he said have been in Syria for decades. But he added: “What do you imagine would happen in the future if things deteriorate in a way that requires the intervention of the forces of resistance in this battle?”

Hizbullah has an arsenal that is the most powerful military force in Lebanon, stronger than the national army. Its growing involvement in the Syrian civil war is already raising tensions inside the divided country and has drawn threats from enraged Syrian rebels and militants.

Nasrallah also said his fighters had a duty to protect the Shiite shrine of Sayida Zeinab, named for the granddaughter of Islam’s prophet , south of Damascus.

He said rebels were able to capture several villages around the shrine and gunmen were deployed hundreds of meters  away from the shrine who have threatened to destroy it.

“If the shrine is destroyed things will get out of control,” Nasrallah said citing the 2006 bombing of the Shiite al-Askari shrine in the Iraqi city of Samarra. That attack was blamed on al-Qaida in Iraq and set off years of retaliatory bloodshed between Sunni and Shiite extremists that left thousands of Iraqis dead and pushed the country to the brink of civil war.

Nasrallah also said that accusations that the regime has used chemical weapons were an attempt to justify foreign intervention in Syria.

A powerful bomb on Tuesday ripped through a bustling commercial district in the capital, killing at least 14 people.