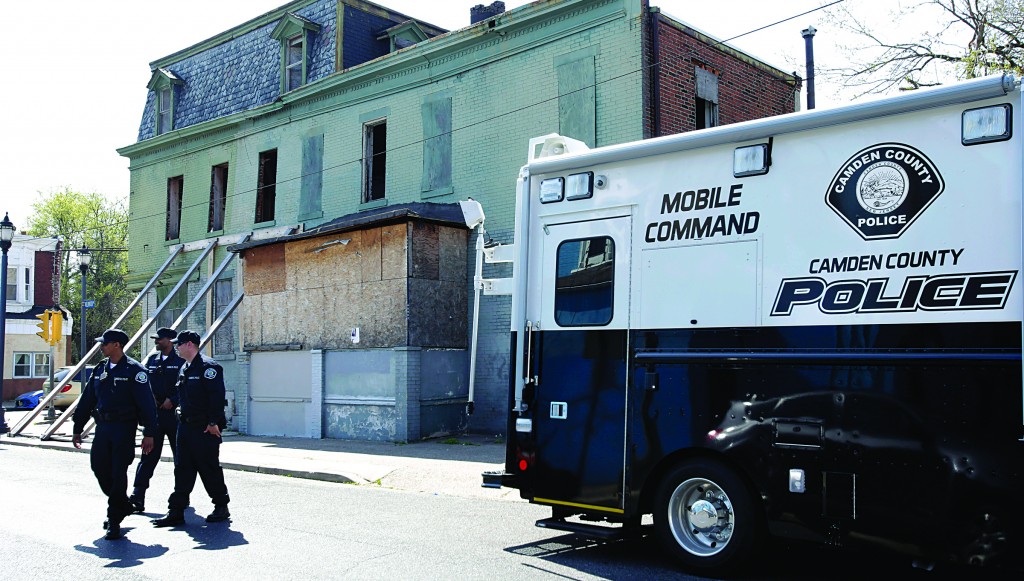 As a couple of members of the new Camden County Police Department Metro Division walk along Haddon Avenue, Todd Israel pops out of his barbershop to shake the officers’ hands.

“I haven’t heard a gunshot since you’ve all been out here,” he tells them.

For Israel, a longtime resident of the Parkside neighborhood, the arrival of the new, larger police force, is bringing an optimism he’s rarely felt in one of the nation’s most dangerous cities.

He might not be ready to let his 8-year-old daughter walk anywhere by herself, but he’s no longer in fear of what she’ll witness when she is out with him.

The changeover will be complete on Wednesday when the new county-run police force takes over and the city police department is officially disbanded. The move was designed to shed costly provisions of the old force’s union contracts while laying the groundwork for a countywide police force that suburban towns have so far been reluctant to join.

Since the new force began April 8, with officers going door-to-door in the Parkside neighborhood to introduce themselves, it seems to have changed one slice of a city that has long been among the nation’s most impoverished. The plan is to have intensive foot patrols again in every part of the city to build relationships with residents and scare away out-of-town drug buyers.

According to a map of Camden homicides compiled by Hopeworks ‘N Camden, a youth development organization, there have been more than two dozen homicides in Parkside since 2003. But gunshot-sensing microphones confirm no shots fired there in the three weeks since more intensive patrols began, police said.

The darkest day in recent Camden history came on Jan. 18, 2011, when half the police force was laid off as part of deep cuts. Police unions warned that crime would spike, and despite officials’ assurances they could deploy police in smarter ways, it did.

Last year, there were a record 67 homicides in the city of 77,000 — making Camden’s murder rate about 18 times the nationwide rate. It regularly comes in the first two of the nation’s most dangerous cities.

The new force is to have approximately 400 officers and 100 civilian employees when it’s fully staffed later this year. The plan is for virtually all the police to be on the streets, many on walking beats, as civilians handle administrative functions and jobs such as crime-scene processing.

Thomson said he expects that crime will fall and, importantly, that residents will feel safer. “They can now come out on their front steps,” he said. “They can now walk to the corner stores without facing and being menaced by the thugs that had controlled the streets.”