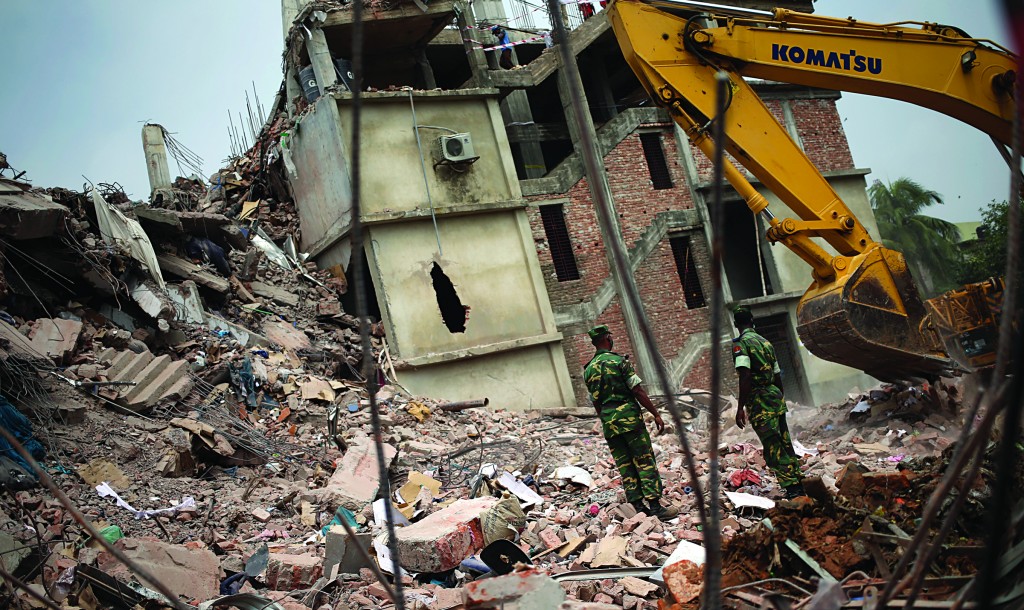 Rescue officials in Bangladesh said on Tuesday they had given up hope of finding more survivors from a garment factory complex that collapsed killing hundreds, as the government came under pressure to do more to enforce building safety standards.

At least 390 people have been confirmed dead in what is just the latest incident to raise serious questions about worker safety and low wages in the poor South Asian country that relies on garments for 80 percent of its exports.

Representatives of major international garment buyers — some facing sharp criticism in their home markets for doing too little to safeguard the mostly female workers making their clothes — met industry representatives on Monday and agreed to form a joint panel to put together a new safety plan.

With no hope left of finding further survivors, heavy machinery has been brought in to clear the mass of concrete and debris from the site in the commercial suburb of Savar, about 30 km (20 miles) from the capital Dhaka.

But the operation remained agonizingly slow for the dozens of relatives still awaiting news of missing loved ones six days after the illegally constructed Rana Plaza building came crashing down as about 3,000 people worked inside.

As anger continued over the country’s worst industrial accident, the owner of the collapsed building was brought before a court in Dhaka on Monday, where lawyers and protesters chanted “hang him, hang him”.

About 20 people were injured on Tuesday as police fired teargas, rubber bullets and water cannon to disperse protesters in Savar calling for the death penalty for the owners of the building and factories.

About 2,500 people have been rescued from the ruins of the building, which housed several factories on the upper floors, but hundreds remain unaccounted for.

Officials in Bangladesh have said the eight-story complex had been built on swampy ground without the correct permits, and more than 3,000 workers entered the building in the morning on Wednesday last week, despite warnings that it was structurally unsafe.

A bank and shops in the building closed after a jolt was felt and cracks were noticed on some pillars on Tuesday.

The collapse was the third major industrial incident in five months in Bangladesh.