Regional NY is No. 1 in Income Tax Collection
Regional 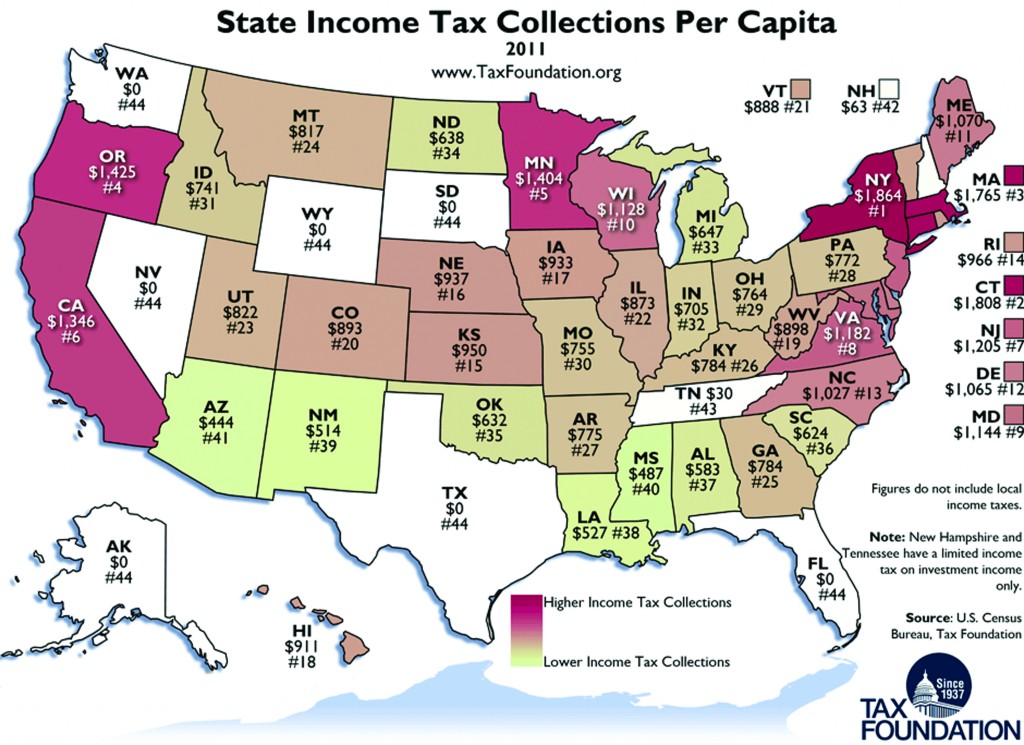 New York State came in number 1 in collecting state income taxes, with its wealthy tax base ponying up an average of $1,864 per resident, a Tax Foundation study revealed.

The foundation released a map of state income tax collections for the year 2011 — the most recent data available. Owing to New York’s high tax rates and wealthy base, it came in first in income taxes.

In total, New York collected about $71.5 billion, second to California’s $112 billion. California is the most populous state; New York is third.

Of states that levy an income tax on wages, Arizona ($444) collects the least per capita.

The foundation estimated that it takes the average worker 40 days of work to pay off his income tax bill. Overall, “Tax Freedom Day,” which marks the end of working to pay off the variety of government taxes and fees and the beginning of working for oneself, came out this year on April 18.

But due to their larger tax share, New Yorkers will not celebrate their tax freedom day until May 6. That is the second latest date, after Connecticut’s May 13.

The earliest tax freedom day came in 1900, when it came out on Jan. 22. At that time, Americans paid only 5.9 percent of their income in taxes, compared to an average of 33 percent today.