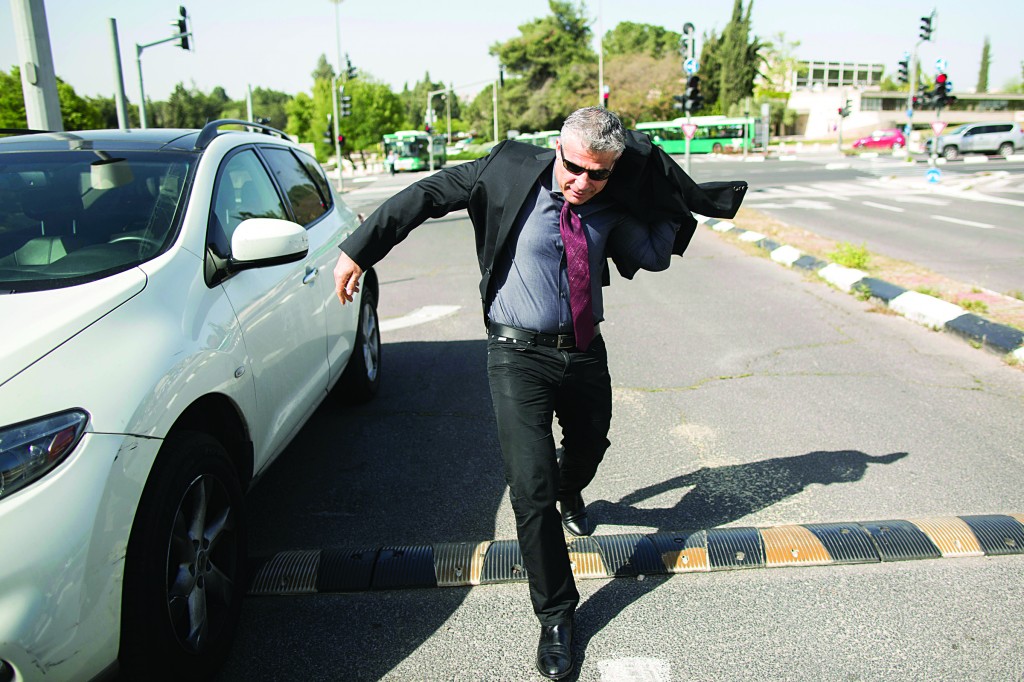 Finance Minister Yair Lapid, who has made a career of blaming chareidim for the country’s problems, has begun blaming them for his own conduct which has now been criticized by the Knesset Speaker as unbecoming a government minister.

Lapid was criticized by Speaker Yuli Edelstein for dodging the plenum in favor of issuing statements online, saying that his conduct hurts the Knesset’s image.

Lapid gave interruptions of his speeches by chareidi MKs as the reason for his reluctance to appear in the Knesset.

“In his decision Minister Lapid shows contempt for the Knesset, disrespects his colleagues from all the Knesset factions and causes serious damage to the image of the Knesset and its members,” said Edelstein.

“An elected representative is sent by voters to the Knesset, which is his place of work, and therefore should make his statements to the nation from there,” said Edelstein (Likud). “Those who decide to make their main speeches outside the Knesset will have to pass their laws outside the Knesset as well.

“In my opinion, it is exactly during these days when the state budget is being prepared that Israel’s Finance Minister should hold a dialogue, even if it is a difficult one, with representatives of the people who may be affected by the budget,” he added.

It should be noted that the Israeli parliament has always been a boisterous venue, where interruptions and even heckling are tolerated to a large degree.

Edelstein was responding to an email Lapid circulated last Friday, in which he explained that he presented his economic plans at the Institute for National Security Studies conference in Tel Aviv, and not in his first speech to the Knesset on Tuesday, because of hecklers.

In particular, Lapid cited a heated exchange between himself and UTJ MK Rabbi Moshe Gafni during the minister’s speech last week. He said that he challenged the chareidi MKs to let him speak without interruption.

Rabbi Gafni commended Lapid on writing on a Friday before Shabbos began, rather than during Shabbos, as he had done recently. (Lapid had angrily rebuffed criticism of his chillul Shabbos by chareidi MKs, saying they would not dictate to him about keeping Shabbos.)

But he said that heckling in the plenum is part of the democratic process in the Knesset and in parliaments around the world, and alluded to the fact that Lapid’s father, former justice minister Yosef “Tommy” Lapid excelled in it.

The chareidim are not the only ones fighting Lapid in the Knesset. Opposition leader Shelly Yacimovich has been opposing Lapid’s budget proposals vociferously, and also expressed indignation at his refusal to defend his economic program in the Knesset.

Lapid returned to the plenum on Monday evening, to prove that the charges are “nonsense.” He defended the government’s decision to return to a one-year budget plan in 2015, but still did not disclose details regarding the 2013-14 budget.