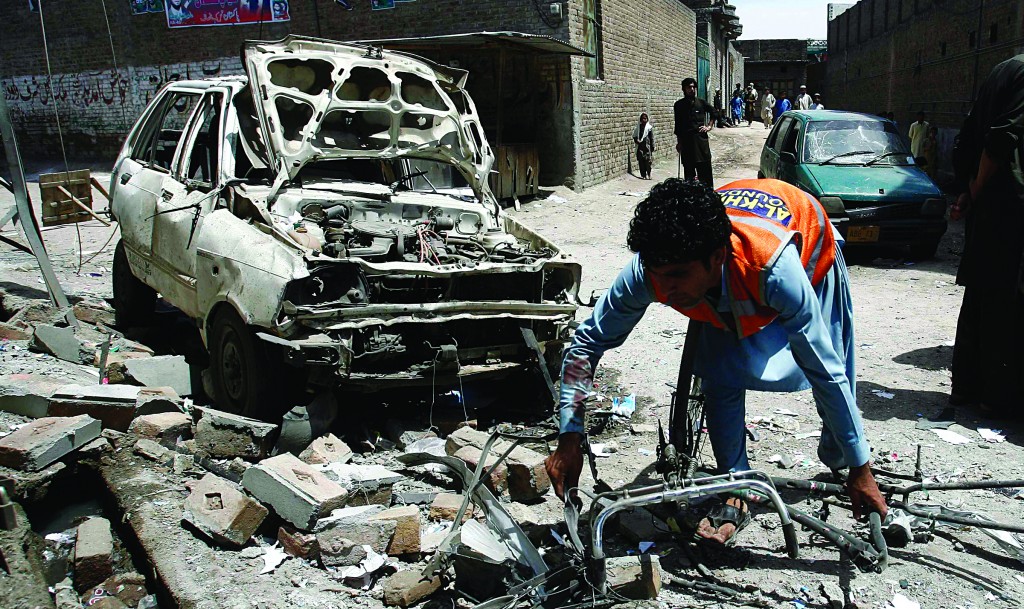 The wave of political violence has killed at least 60 people in recent weeks, and many of the attacks have been directed at candidates from secular parties opposed to the Taliban.

That has raised concern the violence could benefit hard-line Islamic candidates and others who are more sympathetic to the Taliban because they are able to campaign more freely without fear of being attacked.

Pakistani Taliban spokesman Ahsanullah Ahsan claimed responsibility for the three attacks, plus two others against secular parties in the southern port city of Karachi on Saturday that killed four people and wounded over 40.

“We are against all politicians who are going to become part of any secular democratic government,” Ahsan told The Associated Press by telephone from an undisclosed location.

The Pakistani Taliban have been waging a bloody insurgency against the government for years; it has killed thousands of civilians and security personnel. The group’s goal is to oust Pakistan’s democratic government and implement a system based on Islamic law.