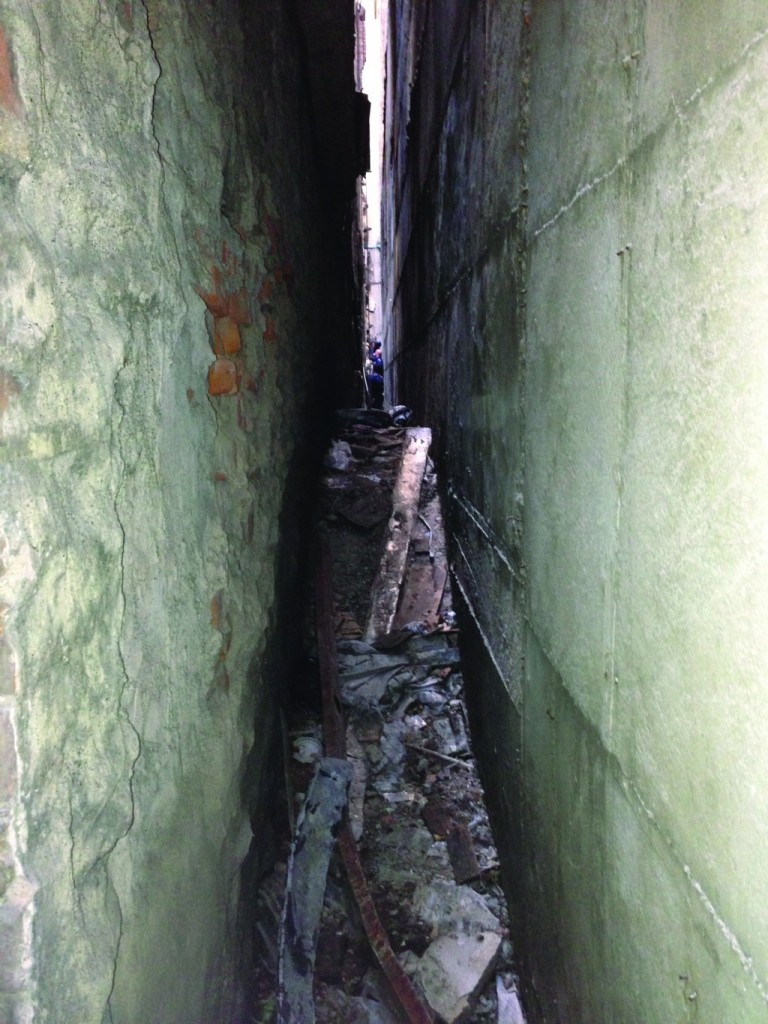 A rusted piece of airplane landing gear discovered wedged between the Ground Zero mosque and an apartment building and believed to be from one of the hijacked planes that destroyed the nearby World Trade Center on Sept. 11 has been confirmed as coming from the type of Boeing jet used in the attacks.

“The odds of this being wedged between there is amazing,” Browne said, adding it was not surprising that it went undiscovered for more than a decade given the location. “It had to have fallen just the right way to make it into that space.”

Workers discovered the part on Wednesday between a luxury loft rental building and a mosque that in 2010 prompted virulent national debate about Islam and freedom of speech because it’s just blocks from Ground Zero.

The medical examiner’s office plans to search for Sept. 11 human remains in the alley.

Retired fire department deputy chief Jim Riches, who lost his son in the terrorist attacks, visited the site on Saturday. He said the latest news left him feeling “upset.”

“The finding of this landing gear,” he said, “just goes to show that we need federal people in here to do a comprehensive, full search of lower Manhattan to make sure that we don’t get any more surprises,” as happened in 2007 when body parts were discovered in nearby sewers and manhole covers.

Of the nearly 3,000 victims, about 1,000 families have never recovered any remains.

The twisted metal part — jammed in an 18-inch-wide trash-laden passageway between the buildings — has cables and levers on it and is about 5 feet high, 17 inches wide and 4 feet long, Police Commissioner Raymond Kelly said Friday.

“It’s a manifestation of a horrific terrorist act a block and a half away from where we stand,” he said after visiting the alley.

The commissioner noted that a piece of rope intertwined with the part looks like a broken pulley that may have come down from the roof of the Islamic community center.

The discovery comes days after owners of the mosque announced the purchase of a building adjacent to the lot. Sharif El-Gamal’s lawyer says the developer signed a $7-million mortgage for the five-story building on Park Place. It’s next to the 15-story building he has proposed developing into a religious and cultural center.