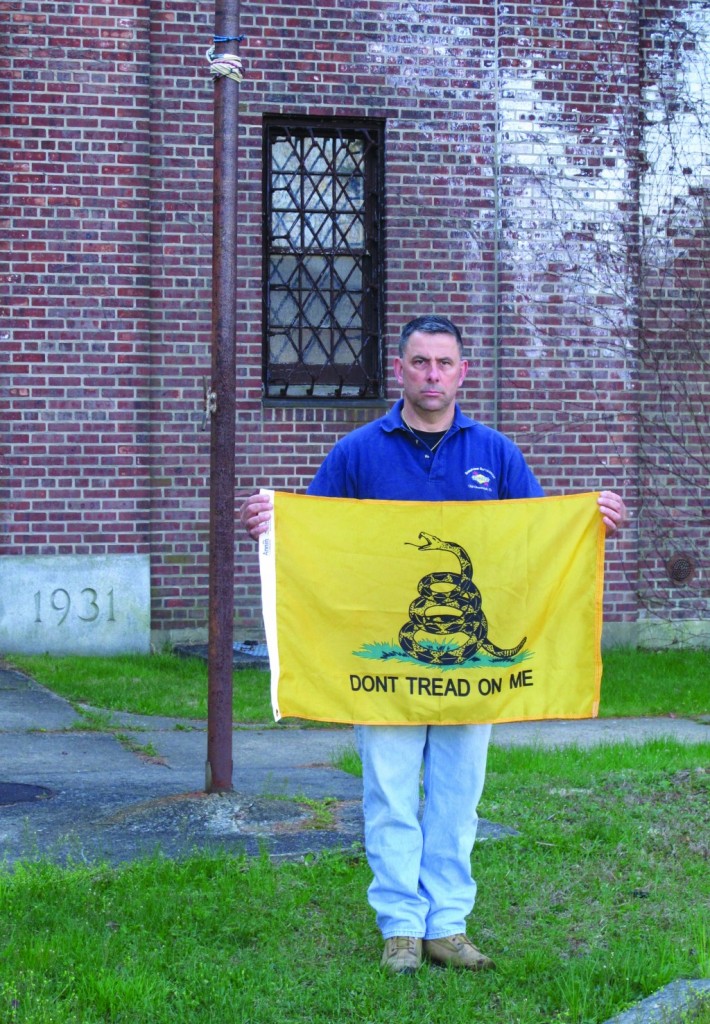 A “Don’t Tread on Me” flag hoisted by veterans outside a city-owned armory has been ordered down because of complaints that the defiant symbol of the American Revolution is now associated with the tea party and makes an unwelcome political statement.

Veterans in New Rochelle, just north of New York City, are threatening to sue, and a prominent conservative law firm has taken up the case.

“They shouldn’t be able to tell us what flag we can fly,” said Peter Parente, president of New Rochelle’s veterans association. “They don’t tell us what color flowers to put at the veterans’ graves.”

At an April 9 council meeting, members voted 5-2 against putting the flag up. It was a party-line vote with a Democratic majority.

After the vote, several residents, one almost in tears, spoke in support of the veterans. A woman said her grandfather, father and uncle were all veterans, and she told council members, “You have disrespected them by taking down the flag.”