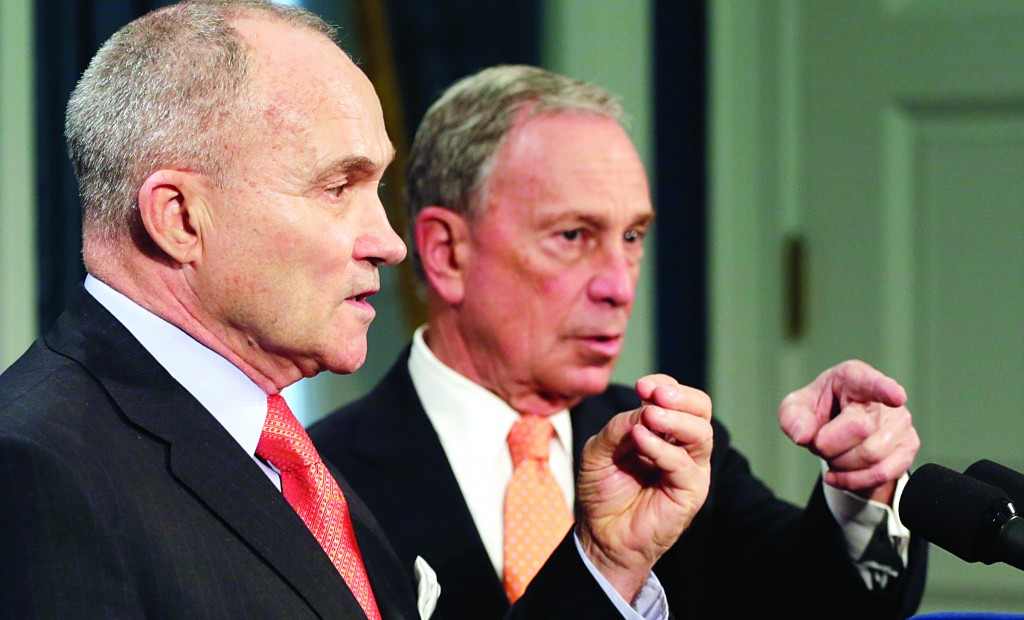 The Boston Marathon bombers were headed for New York to blow up their remaining explosives in Times Square before they were intercepted by police in a blazing gunbattle, officials said Thursday.

New York Police Commissioner Raymond Kelly said Dzhokhar Tsarnaev told interrogators from his hospital bed that he and his older brother decided on the spur of the moment last Thursday night to drive to New York and launch an attack. In their stolen SUV they had five pipe bombs and a pressure-cooker explosive like the ones that blew up at the marathon, Kelly said.

The plan fell apart when the Tsarnaev brothers got into a shootout just outside Boston that left Tamerlan Tsarnaev dead, Kelly said.

“We don’t know if we would have been able to stop the terrorists had they arrived here from Boston,” Mayor Michael Bloomberg said. “We’re just thankful that we didn’t have to find out that answer.”

Dzhokhar, 19, is charged with carrying out the Boston Marathon bombing that killed three people and wounded more than 260, and he could get the death penalty.

A day earlier, Kelly said that Tsarnaev had talked about coming to New York “to party” after the attack and that there wasn’t evidence of a plot against the city. But Kelly, who was briefed by federal agents on Wednesday evening, said that a later interview with the suspect turned up the fact that the Tsarnaev brothers “planned to travel to Manhattan to detonate their remaining explosives in Times Square.”

“They discussed this while driving around in a Mercedes SUV that they hijacked after they shot and killed the officer at MIT,” the police commissioner said. “That plan, however, fell apart when they realized that the vehicle they hijacked was low on gas and ordered the driver to stop at a nearby gas station.”

The driver escaped and called police, Kelly said. That set off the gunbattle and manhunt that ended a day later with Dzhokhar captured and 26-year-old Tamerlan dead.

Kelly said there was no evidence New York was still a target. But in a show of force, police cruisers with blinking red lights were lined up in the middle of Times Square on Thursday afternoon, and uniformed officers stood shoulder to shoulder.

“Why are they standing like that? This is supposed to make me feel safer?” asked Elisabeth Bennecib, a tourist and legal consultant from Toulouse, France. “It makes me feel more anxious, like something bad is about to happen.”

But Bloomberg said that the show of force was aimed at preventing a would-be terrorist.

“If, G-d forbid, they had arrived in New York City and gone to Times Square,” Bloomberg said, “one thing’s for sure, they would have seen an enormous police presence.”

Above the square, an electronic news ticker announced that the Boston Marathon suspects’ next target might have been Times Square.

Kelly said that police could only speculate about the potential damage a terror explosion would have done to Times Square.

“You saw the power of the bomb in Boston,” he said. “You can take that and you can do a guesstimate as to what the damage would be in New York City.”

Dzhokhar had been photographed in Times Square at least twice: once with friends on or before April 18, 2012, and then again in November 2012.