Israel Peres Praises Azerbaijan For Standing Up to Iran
Israel 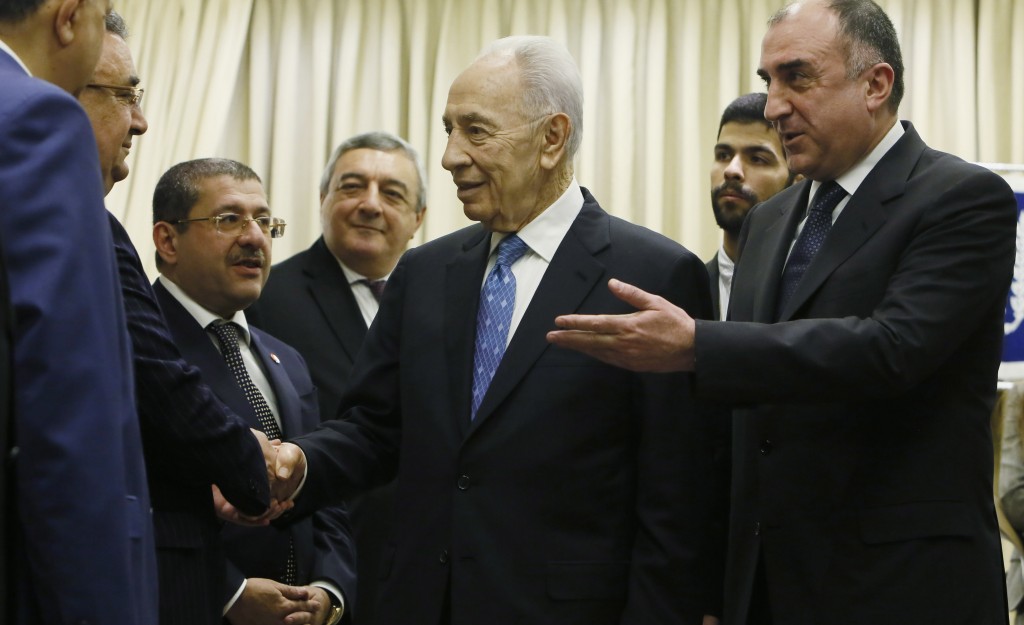 Israeli President Shimon Peres on Monday praised Azerbaijan for playing a key role in countering Iran’s influence in the Middle East as the Muslim country’s foreign minister visited the Jewish state for the first time.

Mammadyarov said his country, located between Russia and Iran, “is not in an easy neighborhood” and that he sees a “huge opportunity” to expand ties with Israel.

Although neither official said so, Azerbaijan could play an important role in the event of a possible military operation against Iranian nuclear sites.

Israel’s relations with Azerbaijan have grown since its once-strong strategic relationship with nearby Turkey, which also borders Iran, deteriorated.

Azerbaijan, an oil-rich former Soviet nation of 9 million people, has nurtured close relations with the United States and played an active role in Western-led counter-terrorist programs. That foreign policy has placed a strain on its ties with Iran, which hosts a sizable ethnic Azeri community.

Iran has accused Azerbaijan of allowing the Israeli spy agency Mossad to operate on its territory and use its proximity to Iran to target scientists working on Tehran’s nuclear program.

Israel says authorities foiled Iranian-sponsored attacks against Israeli targets in Azerbaijan. Azeri officials thwarted plots to explode car bombs near the Israeli Embassy in 2008 and a year before convicted 15 people in connection with an alleged Iranian-linked spy network accused of passing intelligence on Western and Israeli activities.