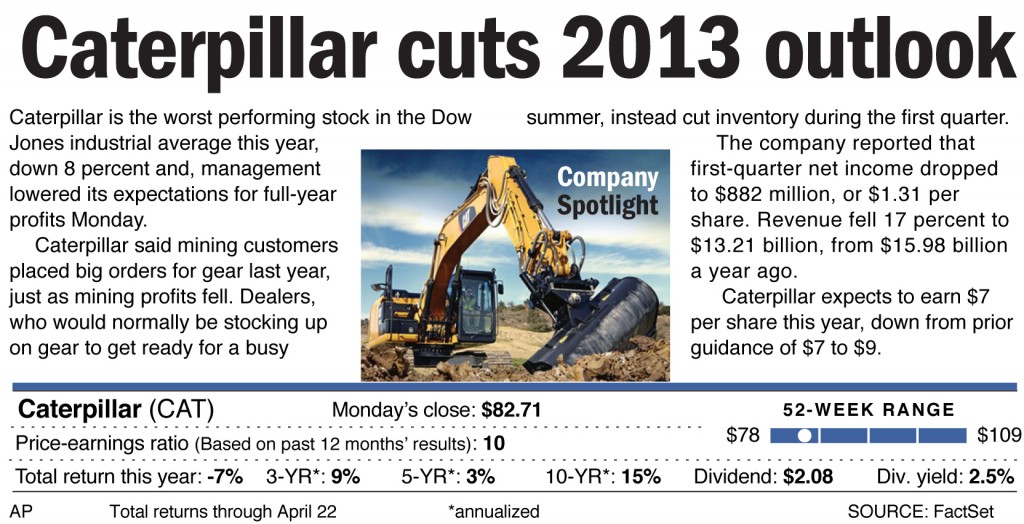 Caterpillar Inc., the world’s largest maker of construction and mining equipment, rose the most in three months after saying it sees increased sales of building equipment and plans more production in China.

Caterpillar gained 2.8 percent to $82.71 at the close in New York Monday, the biggest intraday rise since Jan. 2.

The company has seen “slightly-increasing sales to users for a number of months” in construction, Doug Oberhelman, chairman and chief executive officer of Peoria, Ill.-based Caterpillar, said during a call with analysts Monday. In China, Caterpillar will increase production this quarter after reducing output to let inventory levels fall.

“People were encouraged,” Ted Grace, a Boston-based analyst for market maker Susquehanna Financial Group, said in a phone interview Monday. “They were a little more positive on China.”

The shares had dropped as much as 1.2 percent earlier Monday, after the company cut its 2013 forecast and first-quarter earnings trailed analysts’ earnings estimates.

First-quarter profit fell to $1.31 a share, down from $2.37 a share a year earlier, and below the $1.38-a-share average of 20 analysts’ estimates compiled by Bloomberg.