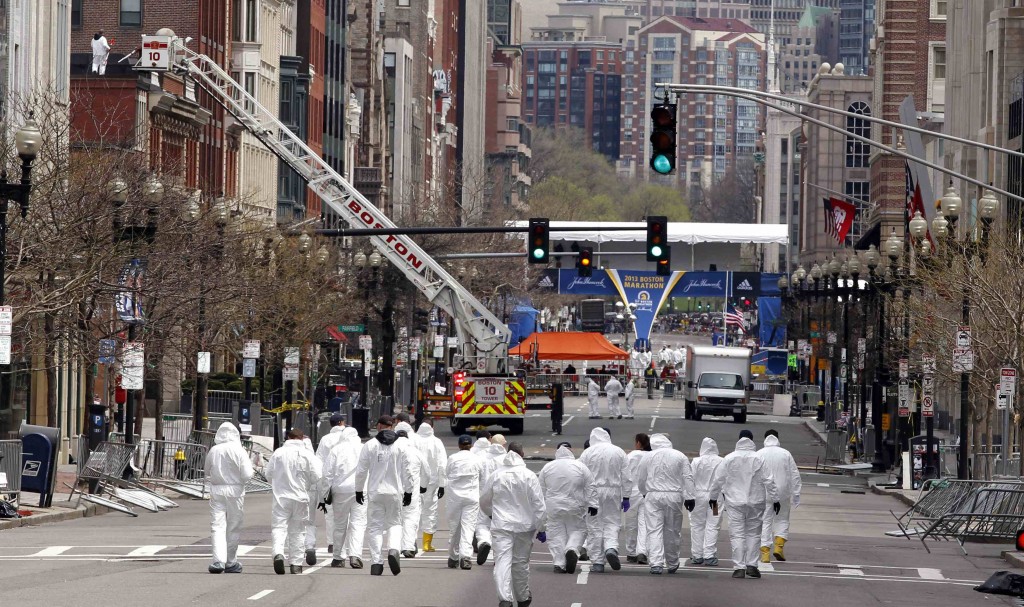 The suspect in the deadly Boston Marathon bombings remained hospitalized Saturday with serious injuries that prevented him from speaking with investigators as authorities prepared to file criminal charges, according to media reports.

Boston’s federal public defender’s office said it was seeking to represent Dzhokhar Tsarnaev, the 19-year college student who was apprehended by the police Friday night.

Tsarnaev will be interviewed by a special counterterrorism group created to question suspected terrorists considered to be high-value detainees, The Wall Street Journal reported, citing an official familiar with the decision.

Authorities have not read him his Miranda rights, which include the right to remain silent and the right to an attorney. Federal law enforcement officials said they plan to use a public safety exception, outlined in a 1984 Supreme Court decision, “in order to question the suspect extensively about other potential explosive devices or accomplices and to gain critical intelligence.”

A delay in issuing Miranda warnings is justified when suspected terrorists are captured in the United States, according to a 2010 memorandum from the Justice Department. But on Saturday, the American Civil Liberties Union warned against too broad an interpretation of that public safety exception.

It’s not clear how soon the charges would be filed.