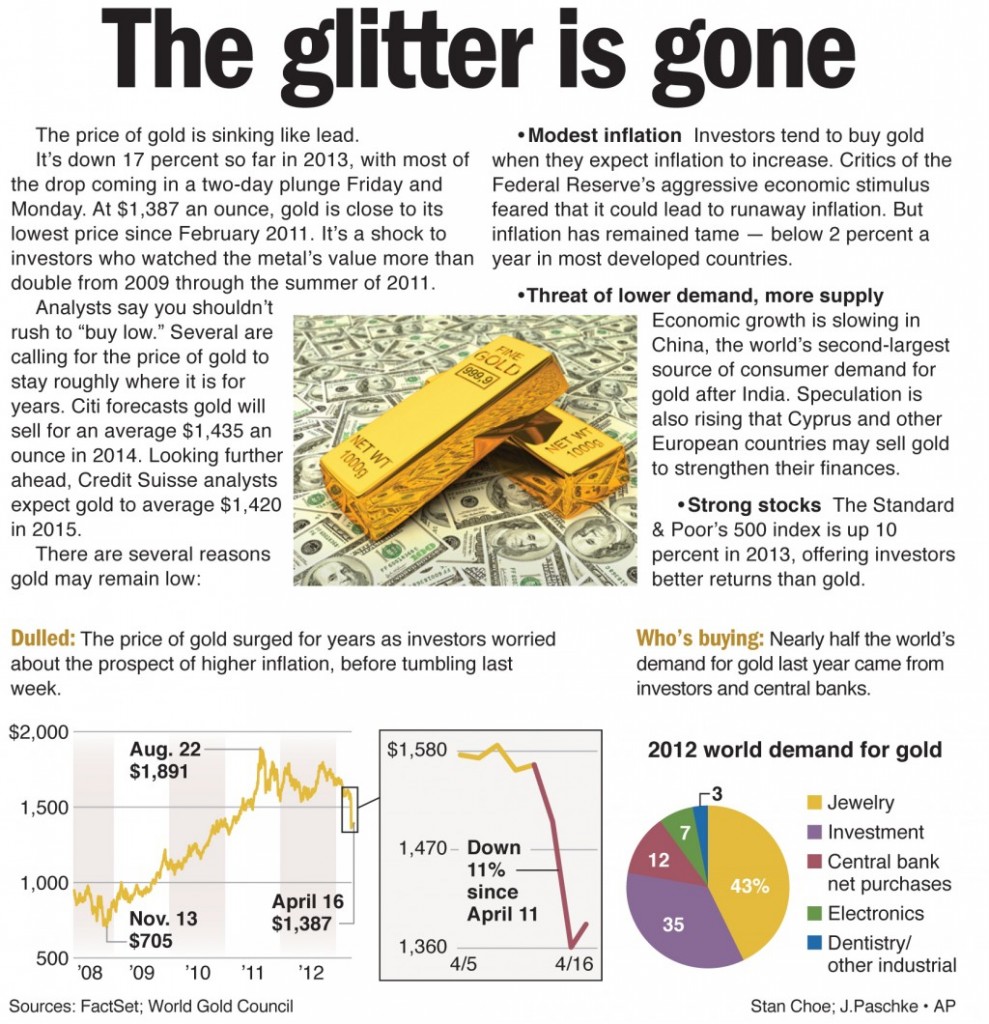 The price of gold gained back some ground on Tuesday, a day after its biggest drop in 30 years.

On Monday it plunged $140 an ounce, or 9 percent, as concerns about a slower world economy spurred a widespread sell-off in commodities and stocks.

Traders buying gold Tuesday were getting the precious metal at its lowest price since February 2011.

Gold and industrial metals fell hard Tuesday after China reported that economic growth slowed unexpectedly in the first three months of the year. The world’s second-largest economy grew by 7.7 percent over a year earlier, slower than many forecasts.

After the slight gain Tuesday, gold is still down 14 percent for the month.

In energy trading, concerns about the global economy weighed on crude oil prices.

Oil fell as low as $86.06 a barrel on Tuesday before recovering to $88.72 a barrel, up one penny for the day. Oil dropped nearly 3 percent on Monday.

Crude has fallen nearly 10 percent this month on concerns about the sluggish global economy, while supplies remain ample.

In other futures trading on the Nymex: