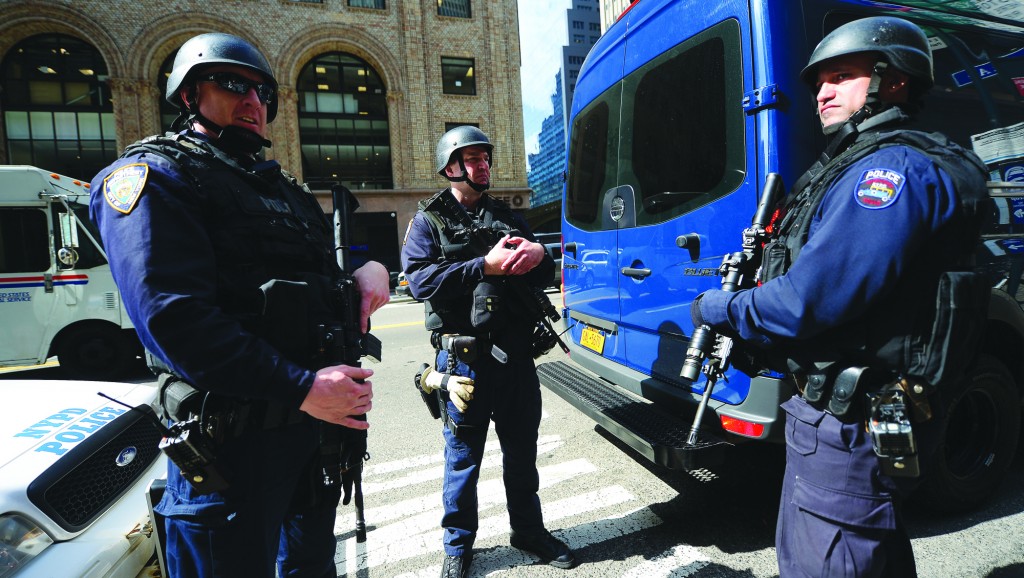 With two high-profile events in the days ahead — Margaret Thatcher’s funeral and the London Marathon — British officials are looking anew at security precautions following the bombings in Boston.

Terror threat levels in Europe and elsewhere, however, have remained unchanged, in contrast to other recent bombings and thwarted attacks that raised alarms and travel warnings.

Such warnings have been issued in the past when threats are considered imminent and with potential international links.

Threat levels also remained unchanged at U.S. defense installations at home and abroad after Monday’s deadly bombings at the Boston Marathon, according to a Pentagon spokesman who requested anonymity because he was not authorized to speak to the press about security.

Britain made last-minute efforts to tighten measures for Wednesday’s funeral for Thatcher, the former prime minister, which is to be attended by hundreds of diplomats and dignitaries, including Queen Elizabeth II.

The chief of London’s Metropolitan Police, Bernard Hogan-Howe, said the force will carry out more searches and put more officers on the streets of the capital in the coming days as a precaution.

Police with bomb-detecting dogs were seen Tuesday around such London landmarks as Big Ben, the Houses of Parliament and Trafalgar Square, but officials said the searches were routine and unrelated to the Boston attacks.

“The (Boston) attacks mean that we will be assessing our security protocols,” said a British security official who spoke on condition of anonymity because he is not authorized to be publicly named. “There is some initial information coming out … but it is too early to draw any conclusions. There doesn’t appear at this point, however, to be a wider threat.”

More than 37,000 runners and a half-million spectators, including Prince Harry, will be at Sunday’s London Marathon. Marathon officials said the race would go on as planned but security was being evaluated.

“The best way for us to react is to push ahead with the marathon on Sunday, to get people on the streets and to celebrate it as we always do in London,” British Sports Minister Hugh Robertson said. “We are absolutely confident here that we can keep the event safe and secure.”

Security would be particularly tight for the big events in Britain, which has been at the heart of several terror attacks in the past decade, including suicide bombings in 2005 that killed 52 people. Several international terror plots have also been traced back to suspects in Britain.

Workers are inspecting some of the country’s 4.3 million closed-circuit cameras in high-traffic areas around London to ensure views are unobstructed and equipment is functioning. Workers in an underground bunker monitor the footage around the clock.

Security was more evident at sites across the U.S., with military personnel seen near the Pentagon’s subway station in Washington, D.C., and officers deployed to Chicago’s Union Station.

At the White House, the Secret Service expanded its security perimeter after the attacks, shutting down Pennsylvania Avenue and cordoning off the area with yellow police tape.

In New York, authorities deployed highly visible patrol units that move in packs with lights and sirens, along with more than 1,000 counterterrorism officers. Highly trafficked tourist landmarks were being especially monitored.

“No matter how many days, months or years pass without a major terrorist attack, it only takes one such attack to bring us back to the cruel reality,” Interpol chief Ron Noble told The Associated Press early Tuesday, saying police around the globe would be on alert.

Secretary of Homeland Security Janet Napolitano urged the American public “to be vigilant and to listen to directions from state and local officials.”