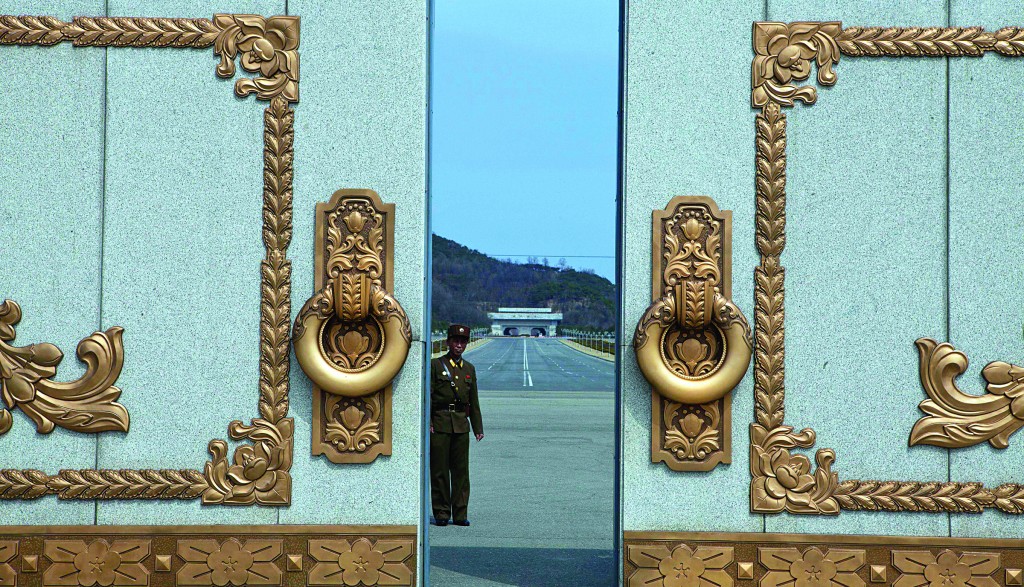 North Korea made new threats of military action on Monday as the reclusive nation celebrated the anniversary of its founder’s birth, stoking tension on the peninsula with a new “ultimatum” to South Korea in the stand-off over its nuclear program.

The latest statement from Pyongyang followed threats of nuclear attacks on the United States, South Korea and Japan, after new U.N. sanctions were imposed in response to Pyongyang tested a nuclear weapon in February.

The statement was issued by the official North Korean news agency KCNA after signs that Pyongyang may be presenting a less warlike stance on the “Day of the Sun,” the date the North’s founder Kim Il-Sung was born.

Although many Pyongyang watchers had expected a big military parade to showcase North Korea’s armed forces, the day was marked in Pyongyang with a festival of flowers named after Kim.

The United States has offered talks, but on the pre-condition that North Korea abandon its nuclear weapons ambitions. North Korea deems its nuclear arms a “treasured sword” and has vowed never to give them up.

Nevertheless, Secretary of State John Kerry, ending a trip to the region dominated by concern about North Korea, stressed his interest in a diplomatic solution.

The Chinese Communist Party mouthpiece, the People’s Daily, warned on Monday that tensions could get out of control.

“It does not matter if it is intentional or accidental, even the smallest thing could cause the situation to change rapidly and perhaps get totally out of control,” the paper said.

South Korean and U.S. officials said last week North Korea appeared set to test-launch a medium-range missile as a show of strength linked to Monday’s anniversary of the birth of Kim Il-Sung. North Korea has conducted three nuclear tests but was not believed near weapons capability.

South Korea said it remained on guard against any missile launch and it regretted the North’s rejection of an offer of talks made last week by President Park Geun-hye. It said the offer would remain on the table.