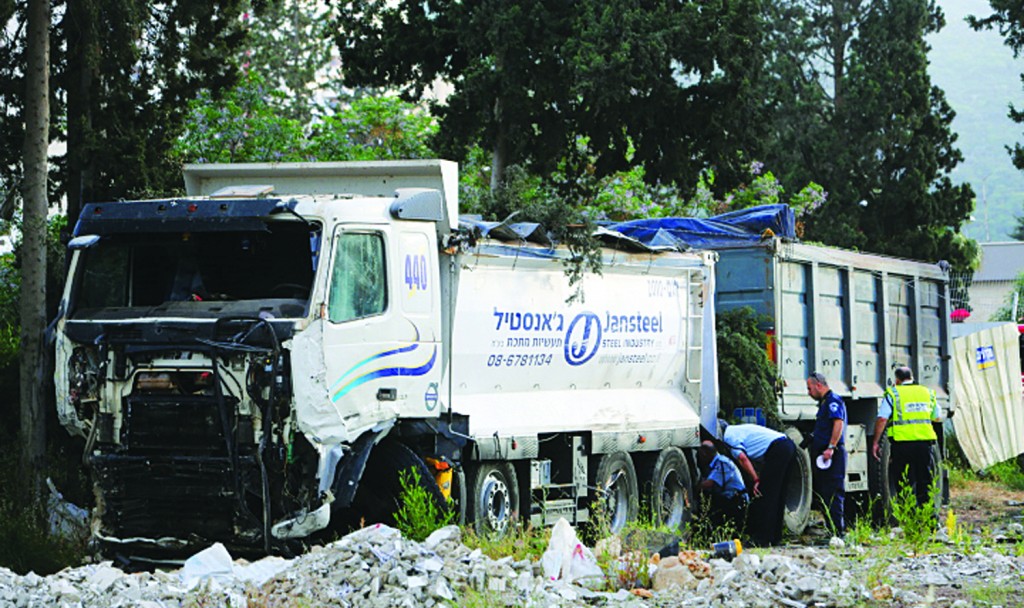 In the wake of a crash involving a truck last week near Haifa that left six dead and 14 injured, the Knesset Economic Affairs Committee has been blamed for foot-dragging in the passage of safety regulations.

Chairman of the Association of Trucks and Vans Gabi Ben Harush charged on Sunday that “what is referred to as the human factor doesn’t only sit behind the wheel — it’s also in the Economic Affairs Committee of the Knesset.”

Ben Harush bemoaned the parliamentary sloth responsible for a number of legislative proposals for tighter safety supervision of truck drivers gathering dust at the committee. Committee members have “fallen asleep on the job,” he said.

“They switch chairmen very quickly, one leaves, another comes in, but meanwhile the bills don’t move.” He said he had already requested a meeting with incoming chairman Avishai Braverman to discuss expediting passage of legislation that could save lives.

Responding to the fatal accident involving a double-trailer truck overloaded with 70 tons of rocks whose driver lost control of the vehicle, Ben Harush asserted that a modest budgetary outlay for better training and testing of truck drivers and other safety measures could reduce the number of fatalities each year.