General Gold Has Its Steepest Plunge in 30 Years 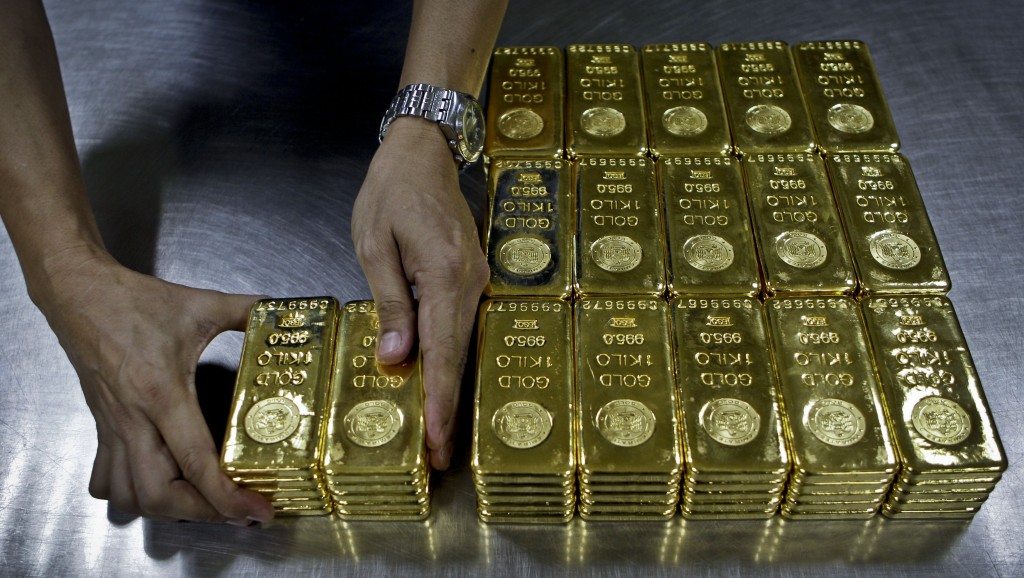 Gold had its biggest one-day drop since 1983 on Monday as a selling frenzy that began last week picked up speed.

The sell-off started Friday when the government reported a drop in inflation. Investors often buy gold when they’re fearful of rising prices, and sell it when they see inflation ebbing.

A proposal last week that Cyprus sell some of its gold reserves to support its banks also spooked investors, leading them to worry that Spain, Italy and other weak European countries might flood the market just as demand for the metal is weakening.

After the sharp drop last week, the rush of selling started to feed on itself Monday as worried traders hurried to get out of the market.

“This is panic; this, it isn’t organized at all,” said Phil Streible, a senior commodities broker at RJ O’Brien Futures.

Worries about slowing growth in China also pushed down industrial metals and the price of oil and other commodities.

Gold is often thought of as a safe-haven investment, a place to park money when investors are fearful of turmoil in other markets, inflation, weak economic growth or depreciation in the value of the U.S. dollar.

Gold rose sharply in the past decade, from less than $330 ten years ago to a peak of $1,900 an ounce in August 2011 during the market turmoil that followed a downgrade of the U.S. government’s credit rating.

Part of the rise in recent years can be attributed to more investors putting money into gold and speculating that the price will continue to rise. Some investors also bought gold as an alternative to holding dollars on the belief that the Federal Reserve’s economic stimulus program would weaken the U.S. currency.

“There aren’t many other countries that want to buy,” Gero said. “In the past, you saw Mexico, Russia, China, Turkey and other central banks buying gold, but right now there seems to be more of a need for dollars.”

Gold has been declining from a recent high of $1,792 on Oct. 4 as the outlook for the U.S. economy improved, diminishing the metal’s appeal as a safe-haven investment. Since then, it’s down $431, or 24 percent.

Some Federal Reserve officials have also been calling for an early end to the central bank’s bond-buying program. If that happens, it would likely cause U.S. interest rates to rise, resulting in a stronger U.S. dollar. That would give traders another reason to sell gold, since they see the metal as an alternative to holding dollars.

Industrial metals also fell after China reported that economic growth slowed unexpectedly in the first three months of the year. The world’s second-largest economy grew by 7.7 percent over a year earlier, slowing from the previous quarter, and short of many private-sector forecasts that growth would accelerate slightly to eight percent.

Crude oil dropped to a four-month low, as the slowdown in China’s growth added to doubts about the strength of the world economy and global demand for crude.

In other futures trading on the Nymex: