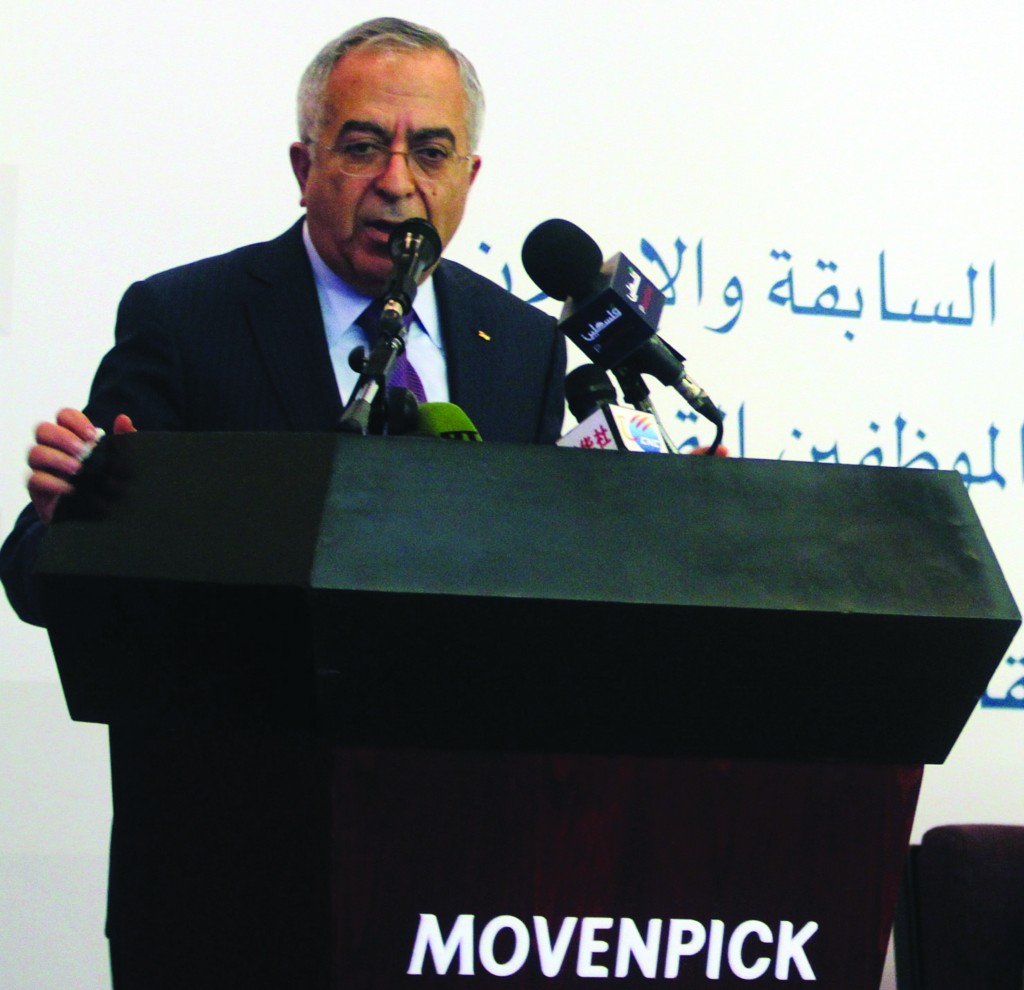 Abbas accepted the resignation of Fayyad a few days ago, adding a layer of uncertainty to local politics just when Washington had resumed efforts to end the conflict between Palestinians and Israelis.

However, officials close to Abbas said they expected Fayyad, who is widely respected in the West but much less so among his own people, would carry on in a caretaker capacity until it became clear if anything would come from the U.S. drive.

U.S. Secretary of State John Kerry met both Abbas and Fayyad last week and is expected to return to the region before the
summer to continue his consultations aimed at reviving negotiations that collapsed in 2010.

“It looks like the president will wait to see the result of the two months that Kerry has asked for before he nominates a new prime minister,” said a senior official close to Abbas, who declined to be named.

The Palestine Liberation Organization, of which Abbas is the chairman, is due to meet on Thursday to discuss the situation.