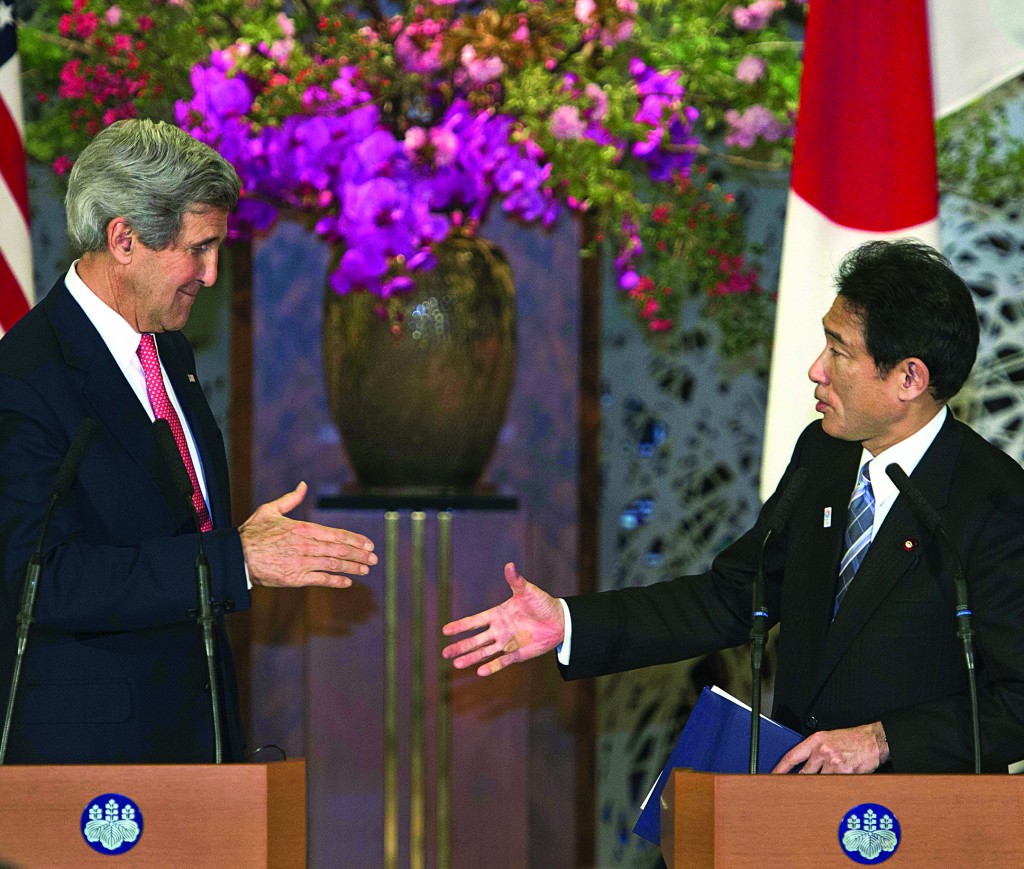 Secretary of State John Kerry on Sunday stressed the United States is willing to engage with North Korea as long as it takes steps to give up nuclear weapons.

He also vowed the United States would protect its Asian allies against any provocative acts by the North, but said Washington wants a peaceful solution to rising tensions in the region.

“We are prepared to reach out but we need [the] appropriate moment, appropriate circumstance,” Kerry said, adding that North Korea had to take steps towards giving up its nuclear programs.

The North has threatened for weeks to attack the United States, South Korea and Japan since new U.N. sanctions were imposed in response to its latest nuclear arms test in February. Speculation has mounted of a new missile launch or nuclear test.

“I think it is really unfortunate that there has been so much focus and attention in the media and elsewhere on the subject of war, when what we really ought to be talking about is the possibility of peace. And I think there are those possibilities,” Kerry earlier told a news conference in Tokyo after a meeting with his Japanese counterpart, Fumio Kishida.

Kerry was in Japan for the final stop on an Asian tour aimed at solidifying support for curbing North Korea’s nuclear program, and reassuring U.S. allies.

Kerry said the United States would “do what was necessary” to defend its allies Japan and South Korea, but added: “Our choice is to negotiate, our choice is to move to the table and find a way for the region to have peace.”

Pyongyang, which was preparing to celebrate the birth date of state founder Kim Il-Sung on Monday, reiterated it had no intention of abandoning its atomic arms programs.

“We will expand in quantity our nuclear weapons capability, which is the treasure of a unified Korea … that we would never barter at any price,” Kim Young-nam, North Korea’s titular head of state, told a gathering of officials and service personnel applauding Kim Il-Sung.

The South Korean capital, Seoul, displayed the calm it has shown throughout the crisis.