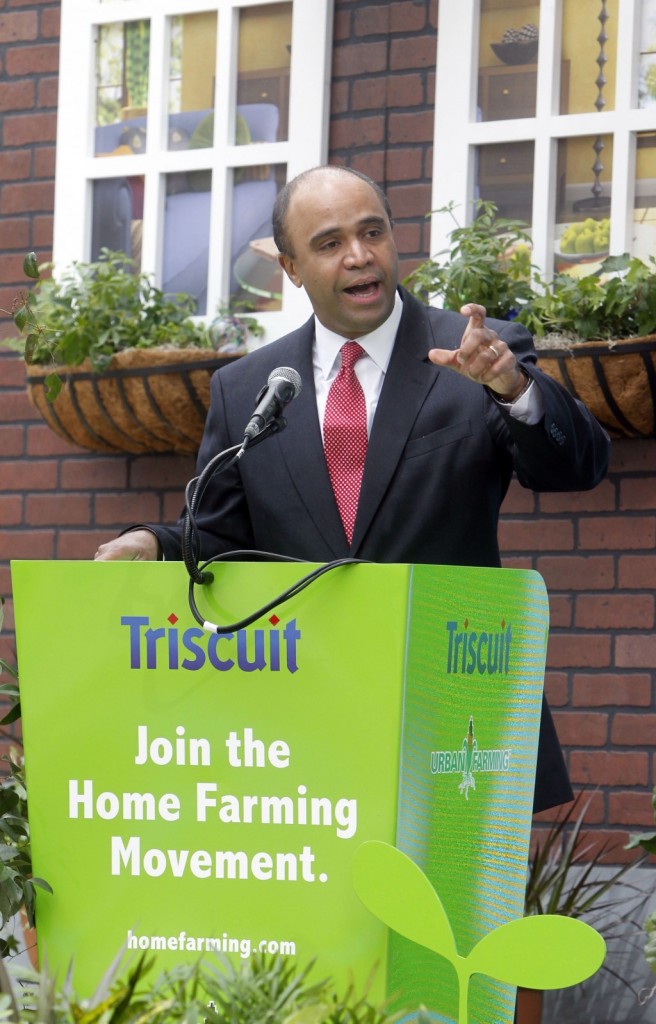 It sounds like a mismatch: an illustrious Republican president’s son supporting a Democrat-turned-independent, ex-Obama administration official in his quest to run for New York mayor on the GOP line.

But conservative commentator Michael Reagan is urging city Republican leaders to give Adolfo Carrion Jr. permission to run in the primary, saying it would strike a note of openness and diversity for a party that’s grappling with how to attract Hispanic voters.

“Then the Republicans are showing that they do have an outreach program, they are trying to be an inclusive party, instead of an exclusive party,” he said by phone Wednesday.

Carrion, a former Bronx borough president who served as the first White House urban affairs director, now hopes to become the first Hispanic mayor of the nation’s biggest city. After dropping his longtime Democratic registration last year, he is not affiliated with any party. He has the Independence Party line and is seeking the GOP nomination.

To run for it, he needs approval from party chairmen for three of the city’s five boroughs, a rule that got an unflattering spotlight last week. The then-Bronx GOP chairman and Queens vice chairman were charged with taking bribes in exchange for pledging to sign off on the same type of waiver.

Especially after the corruption allegations, “maybe it’s time not to keep on looking at the good old boys, but to look at the new old boys,” said Reagan, who said he called Carrion after reading articles about the mayor’s race.

“While we’re not in tandem on every issue. I think [that] on the issues I care about, like having a business-friendly city that’s safe, that’s oriented toward reform, that advances the idea that the best social program is a job and not the other way around,” the two agree, Carrion said.

Brooklyn GOP chairman Craig Eaton said he’d thought it was “a brilliant idea” to give Carrion a waiver but moved on when it became clear that it wouldn’t get the needed three okays.