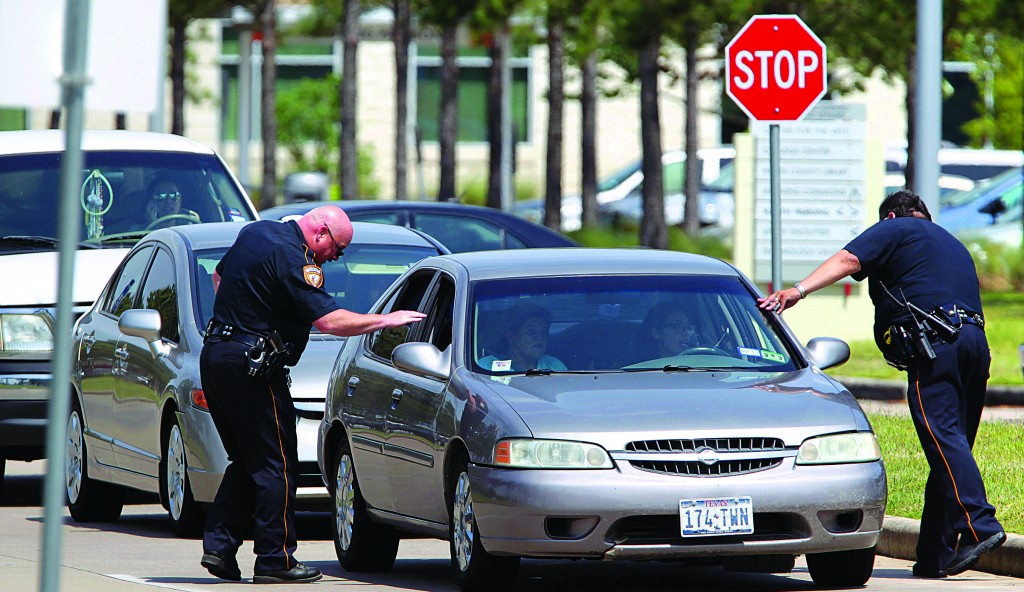 A student went on a building-to-building stabbing attack at a Texas community college Tuesday, wounding at least 14 people before being subdued and arrested, authorities said.

The attack took place at about 11:20 a.m. on Tuesday, on the Lone Star Community College System’s campus in Cypress, and sent at least 12 people to area hospitals, including four taken by helicopter, according to Cy-Fair Volunteer Fire Department spokesman Robert Rasa.

Harris County Sheriff Adrian Garcia said officers responded to the campus after receiving a call about a male “on the loose” stabbing people. He said it was not immediately clear what type of weapon was used.

“Some of the details in the call slip did indicate that students or faculty were actively responding to work to subdue this individual,” Garcia said, describing the man as being about 21 years old and enrolled at the college. “So we’re proud of those folks, but we’re glad no one else is injured any more severely than they are.”

Student Michael Chalfan said he was walking to class when he saw a group of police officers running after the suspect.

He said one of the officers used a stun gun to help subdue the man, who Chalfan said he recognized from a drama class last year.

Chalfan described the man as “eccentric,” saying he often wore gloves and was known to carry stuffed animals. He said although the man was teased by fellow students, he remained friendly.

“I’m surprised because he didn’t look like he was hateful to the world,” Chalfan said. 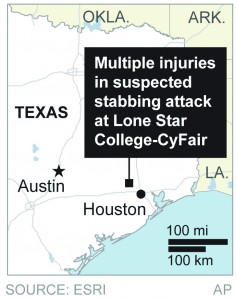 Lone Star officials initially urged people on campus, about 25 miles northwest of downtown Houston, to take shelter and be on alert for a second suspect. But the sheriff’s department said authorities believe just one person was responsible.

“It was the same suspect going from building to building,” department spokesman Thomas Gilliland said.

The four people taken by helicopter and two others with moderate injuries were taken to Memorial Hermann Hospital.

Of those six, two remained in critical condition, three have been upgraded to good condition and one was discharged Tuesday afternoon, hospital spokeswoman Alex Rodriguez said.

The attack came three months after a different Lone Star campus was the site of a shooting in which two people were hurt.