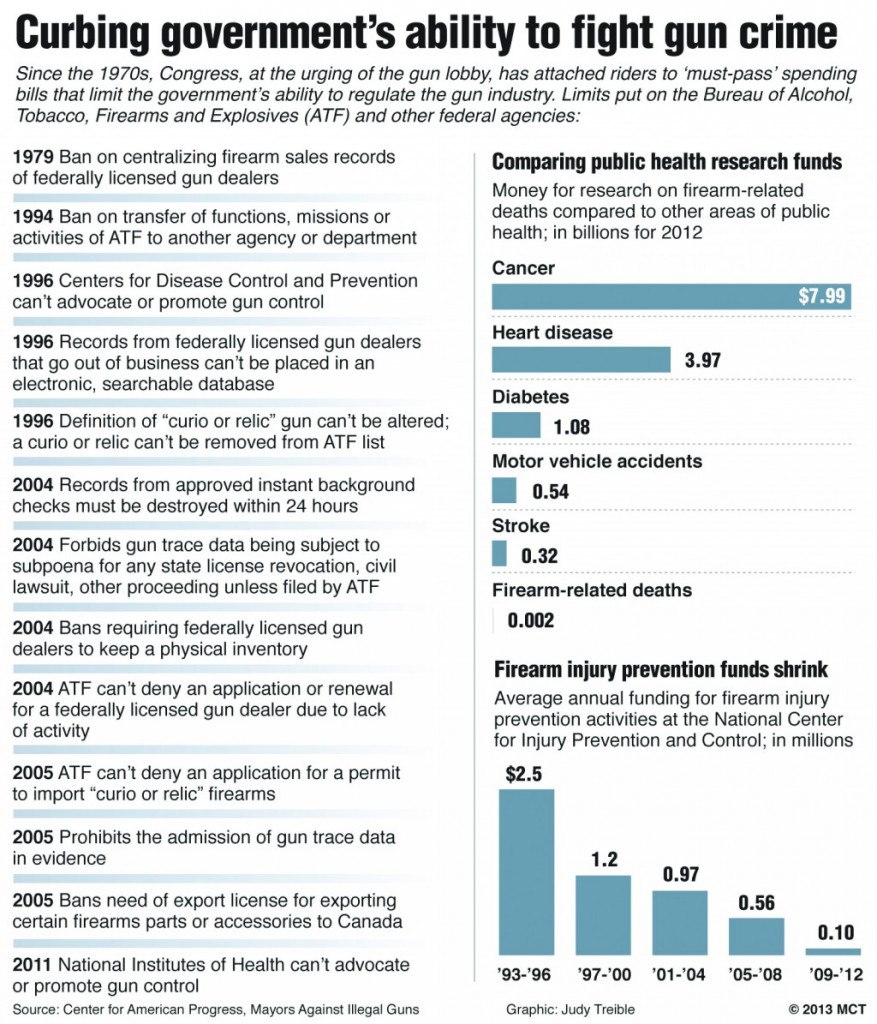 The Senate will cast its first vote on President Barack Obama’s gun-control proposals on Thursday, but Democratic Leader Harry Reid said he was unsure if the bill could gain the 60 votes it needs to overcome Republican procedural hurdles.

Reid called on Republicans to drop their attempt to block debate on the gun legislation, but Republican Leader Mitch McConnell said there was no bipartisan support for the effort.

Obama’s proposals to expand background checks for gun buyers and ban assault weapons and high-capacity ammunition magazines were sparked by the December massacre of 20 children and six adults at a school in Newtown, Connecticut.

The administration has struggled to gain support for gun legislation in Congress in the face of intense opposition from the National Rifle Association, the powerful gun lobby. To push the case for action to curb gun violence, some families of the Newtown victims were brought in from Connecticut on Air Force One to lobby Republican and Democratic senators on Capitol Hill this week.

Democratic Senator Joe Manchin of West Virginia and Republican Senator Pat Toomey of Pennsylvania are trying to hammer out a compromise on background checks, which appears to be Obama’s best hope for meaningful legislation, but Reid said he would not wait to see if they could reach a deal.

“We’re moving forward on this bill. The American people deserve a vote on this legislation,” Reid told reporters after a lunch meeting with his fellow Democrats to discuss strategy.

He said he hoped for an agreement in the meantime on background checks that would be offered as an amendment to the base bill, which was passed by the Democratic-led Senate Judiciary Committee on a party-line vote.

McConnell said he and his fellow conservatives would press ahead with the filibuster. “The one [Reid] indicated he was going to try to move to clearly has no bipartisan support,” McConnell said.

Another centerpiece of Obama’s efforts, the renewal of a ban on the sale of military-style assault weapons, appears headed to defeat, and a proposed 10-bullet limit on ammunition magazines also looks to be in trouble.

Obama, who has called the day of the Newtown massacre the worst day of his presidency, traveled to Connecticut on Monday to appeal for action in Congress. But a Senate aide said there is strong bipartisan support at this point for only two proposals: a crackdown on gun trafficking and school security improvements.

The gun legislation will need 60 votes to break the Republican filibuster. Democrats control only 55 Senate votes, meaning Republican support will be needed to move to debate and a vote on passage.

On Tuesday, Republican Senator John McCain of Arizona repeated his earlier criticism of the effort to block the bill and called on his fellow Republicans to allow a full debate.

“It’s incomprehensible to me that we would not move forward with debate and amendments on an issue this important to the American people,” McCain told reporters.