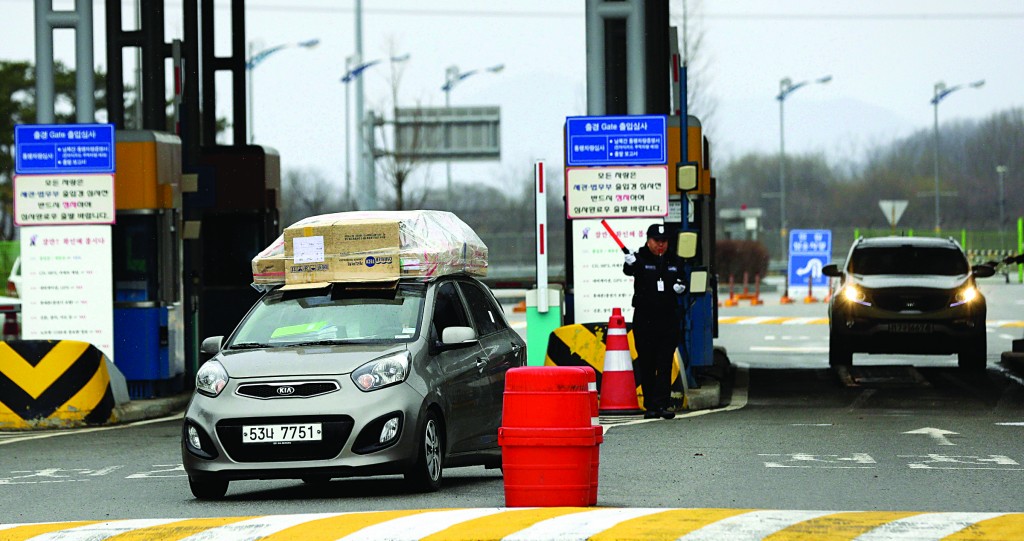 North Korea intensified threats of an imminent conflict against the United States and the South on Tuesday, warning foreigners to evacuate South Korea to avoid being dragged into “thermonuclear war”.

The North’s latest message belied an atmosphere free of anxiety in the South Korean capital, where the city center was bustling with traffic and offices operated normally.

Pyongyang has shown no sign of preparing its 1.2 million-strong army for war, indicating the threat could be aimed partly at bolstering Kim Jong-un, 30, the third in his family to lead the country.

The North, which threatens the United States and its “puppet,” South Korea, on a daily basis, is marking anniversaries this week that could be accompanied by strong statements or military displays.

The warning to foreigners in the South, reported by the KCNA news agency, said once war broke out “it will be an all-out war, a merciless, sacred, retaliatory war to be waged by [North Korea].

“It does not want to see foreigners in South Korea fall victim to the war,” the agency quoted the Korea Asia-Pacific Peace Committee as saying.

“The committee informs all foreign institutions and enterprises and foreigners, including tourists … that they are requested to take measures for shelter and evacuation in advance for their safety.”

None of the embassies in Seoul appeared to have issued any directives to their nationals and airlines reported no changes in their schedules. Schools catering to foreign pupils worked without interruption.

The warning, read out on North Korea’s state media in a bulletin that interrupted normal programming, was the latest threat in weeks of high tension following U.N. sanctions slapped on Pyongyang for its latest nuclear arms test.

It followed the North’s suspension of activity at the Kaesong joint industrial park — run jointly by North and South Korea —  all but closing down the last remnant of cooperation between the neighbors. North Korean workers failed to turn up on Tuesday.

North Korea had said South Korea was trying to turn the Kaesong complex into a “hotbed of war.”

Speculation remained high that the North may launch some provocative action this week — perhaps a missile launch or a nuclear arms test.

In a previous appeal, its authorities urged diplomats in Pyongyang to leave on grounds their safety could not be assured beyond Wednesday. None appeared to have taken any such action.

A spokeswoman for South Korea’s presidential Blue House dismissed the warning, saying no one felt under threat.

“We understand that not only South Koreans, but also foreigners residing here, remain unfazed as they have great trust and confidence in our military and the Republic of Korea,” Yonhap news agency quoted Kim Haing as saying. She was referring to South Korea by its official name.

A government source in Seoul said a North Korean medium-range missile, reported to have been shunted to the east coast, had been tracked and was believed to be ready for launch.

“Technically, they can launch it as early as tomorrow,” the source said.

But a U.S. embassy official in Seoul said a directive issued last week saying there was no imminent threat to Americans in South Korea remained valid. “Our workers are in all our offices today,” he said. “We have not evacuated anyone.”

World leaders have expressed alarm at the crisis and the prospect of a conflict involving a country claiming to be developing nuclear weapons.

China, the North’s sole diplomatic and financial ally, issued a new call for calm and restraint, though Beijing’s leaders have shown increasing impatience with Pyongyang.

Meanwhile, employers at the Kaesong complex faced uncertainty as the 53,000-strong North Korean workforce stayed away. A spokesman for textile company Taekwang Industrial and at least two other firms said production had stopped.

South Korean figures said 406 South Koreans remained in Kaesong on Tuesday after 69 left the complex, which generates $2 billion in trade for the impoverished North.

South Korean companies are estimated to have invested around $500 million in the park since 2004.

North Korean workers at the park have appeared increasingly agitated in recent days, refusing to talk to their colleagues.