Technology Banks Rethink the Branch, But Will it Work?
Health, Science & Technology 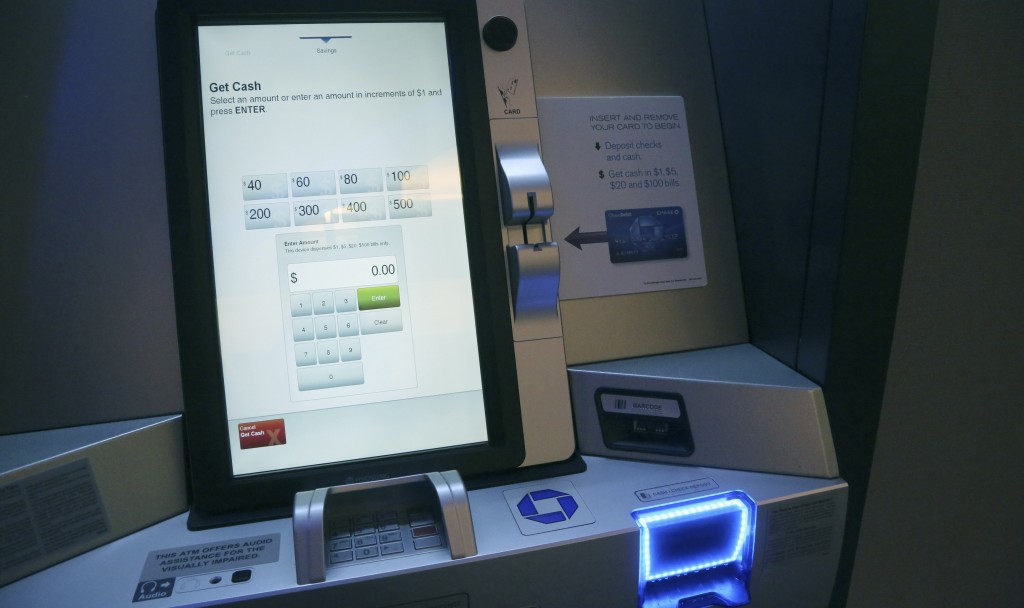 In an age when checks can be deposited by smartphone and almost everyone retrieves cash from ATMs, the corner bank can seem a relic, with its paper deposit slips, marble countertops and human tellers behind glass partitions.

But some banking executives say the brick-and-mortar branch is still the best way to serve existing customers and snag new ones. They’re trying to rebuild the nation’s neighborhood banks into hip, airy spaces where customers sign up for loans without touching a piece of paper, sign in to ATMs with a tap of their smartphones and talk to off-site tellers by video.

Flashiness is only part of the reason for the makeovers. Mounting costs from legal fees and new regulations — vestiges of the financial crisis — have given the banks good reason to become more efficient. The new branches will help them replace expensive human workers with cheaper machines, a development that could eventually make the bank teller an endangered species.

Most redesigns aim to let customers complete simple transactions, such as deposits, for themselves. That frees bank employees for tasks that make money, such as persuading someone who wanders in to put money into a mutual fund or refinance a mortgage.

“Banks have been talking about ‘branch of the future’ for more than a decade,” says Bob Meara, a senior banking analyst at research and consulting firm Celent. “And almost nobody has been doing anything until the past couple years.”

Banks large and small are on board. In a Celent survey in June, 55 percent of banks said they were planning “significant changes” to their branches, up from 24 percent two years earlier.

At an investor conference in February, JPMorgan Chase executives touted their new branches as places where ATMs distribute exact change, machines count cash so tellers don’t have to and open floor plans evoke the atmosphere of an Apple store or boutique hotel, features that other banks are also embracing.

Still, there are perils in overhauling an institution as familiar as the bank branch. It can be expensive. And if changes are too extreme, customers get annoyed.

“To be honest,” says Mike Weinbach, JPMorgan’s head of national sales for consumer banking, “we don’t know if we have it right.”

“I don’t think anyone knows exactly what the future of banking’s going to look like,” he added. He declined to say how much JPMorgan is spending on its new branches.

So far, only one JPMorgan branch, in San Francisco’s Chinatown, has received all the new features. The company plans to put the redesigns mostly in new sites, rather than retrofit existing branches. The goal is to help ease customers into the change. Still, about 200 branches, out of more than 5,600 in total, have some elements of the “branch of the future.”

This is not the first time the bank branch has undergone a transformation. Through most of the 20th century, banks built giant branches with features both lush and imposing: thick doors, chandeliers, lion statues and arched doorways.

They had to be big because they stored every loan agreement on paper and often housed executive offices as well. They had to seem impregnable to convey that they were safe from robbers. And they had to be decorous to suggest the bank was strong financially.

The death of the bank branch has been predicted for years as banking habits have changed. Customers are visiting branches less often. The average number of teller transactions has fallen to 15.6 per hour in 2011 from 19.1 in 2005, according to research cited by Celent.

For banks, it’s cheaper to serve customers online or through an ATM than in a branch. A service request, such as accepting a deposit, costs a bank about $7.50 when it’s done in a branch, 85 cents at an ATM and 10 cents online, estimates Tiffani Montez, an analyst at the research firm Forrester.

JPMorgan, U.K.-based Barclays, Germany-based Commerzbank and others have told investors that new technology in their branches will help them trim jobs. The redesigned branches also tend to be smaller, another factor in cost-cutting.

The total number of branches of U.S. banks and savings institutions has fallen the past three years, returning almost to where it was before the financial crisis, according to the Federal Deposit Insurance Corp. In the 15 years from 1995 through 2009, the number of branches declined in only one year, 1995.

Among the nation’s biggest retail banks, only JPMorgan has more branches than it did at the end of 2008. Bank of America, Citigroup and Wells Fargo have all shrunk their networks.

PNC Financial Services Group, SunTrust Banks and KeyCorp are among the large regional banks that have been shuttering branches as well.

Speaking to investors in March, PNC president Bill Demchak laid out the tightrope that banks must walk in marketing themselves through their branches and electronically.

“My mother goes into the branch and she is a great customer. She wants to go in the branch three times a week, and God bless her, we will let her do it,” he said. “My son will never go in a branch, right? He’s got every mobile app there is and he’s horrified by going into a branch. We need both of those customers, and we need to figure out how we market to both of those customers without alienating either one.”

In an interview with The Associated Press in December, Wells Fargo CEO John Stumpf acknowledged customers’ changing habits but said that branches are too psychologically important to die.

“If they have a problem they can’t solve, they’ll go there,” he said. “If Uncle Leo dies and leaves them two million bucks, they’re going to take it there. They’re not going to send it to the ethernet somewhere.”

The new branches tend to have a few features in common, most meant to cut labor costs: “Instant issue” machines that manufacture debit cards right away so customers don’t have to wait for them to come in the mail, free wi-fi, and ATMs that offer extra functions, including the ability to withdraw coins and $5 and $1 bills. Wells Fargo is adding an ATM feature that lets customers track their average monthly withdrawals and tells them how close they are to limits they set for themselves. At new JPMorgan branches, customers will eventually be able to log in to ATMs with a tap of their phone, no debit card needed.

In South Korea, Standard Chartered is expanding “smart banking” branches that employ a staff of three, compared with an average of about eight in traditional branches. Banks in Europe are trying similar strategies under monikers like “self branch” and “express banking.”

On Thursday, Bank of America announced that it will start to overhaul its ATMs with a “human touch.” The most notable change in the new machines is that they’ll be equipped with video screens connected to off-site tellers, which will let customers talk to tellers even at times when the branch is closed. The video screens will look blurry unless they’re viewed straight on and headsets will be provided, which the bank said should help allay any concerns about privacy.

Customers still come in to discuss loans or open savings accounts, says Katy Knox, who is in charge of retail banking and distribution at Bank of America. But they don’t need the branch as much as they used to for simple transactions.

“We’re evolving our banking centers around their preferences,” she says.