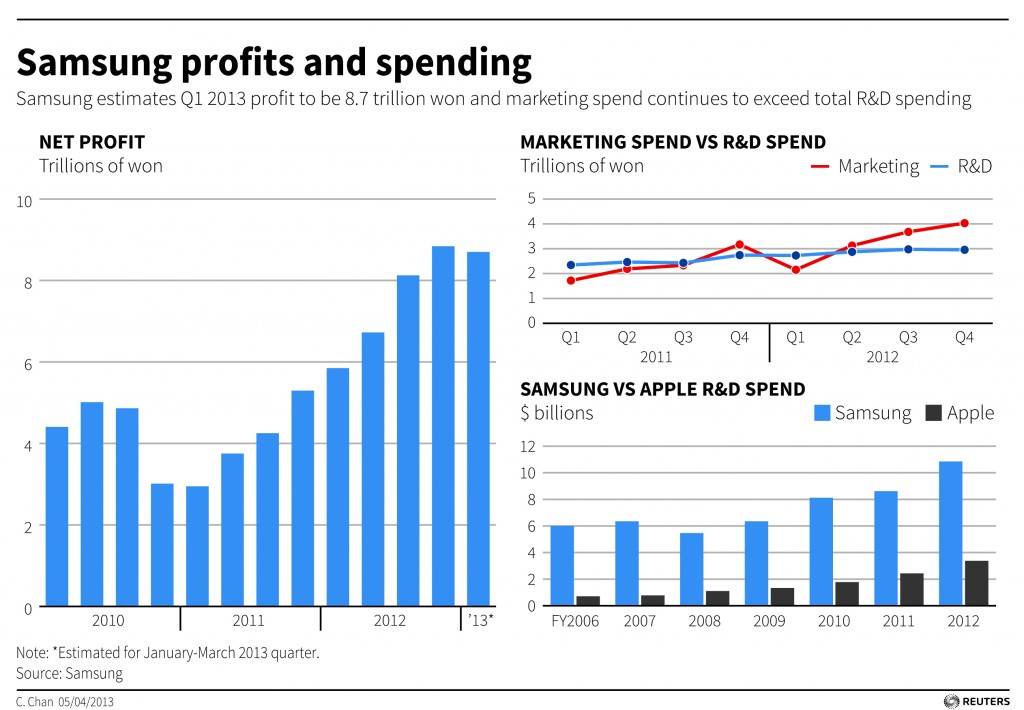 The South Korean firm on Friday estimated its first quarter operating income at 8.7 trillion won ($7.7 billion). The preliminary result is a two percent decline from the previous quarter, when the operating income stood at a record high.

Its first-quarter profit was higher than market expectations, and analysts said Samsung benefited from smartphone sales and shortages in memory chips for personal computers.

Samsung’s full results, including net profit and breakdown figures for each division, will be released later this month.