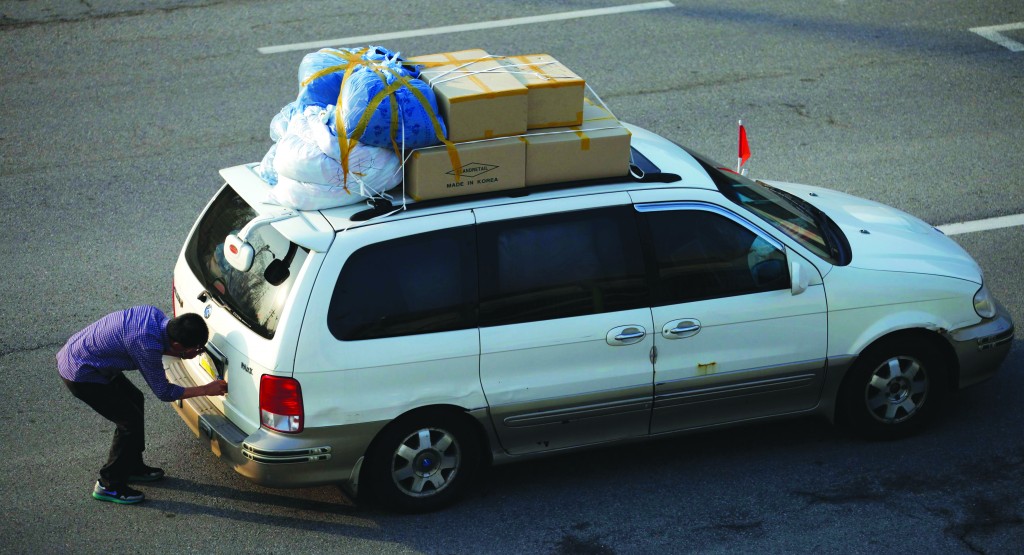 After a series of escalating threats, North Korea has moved a missile with “considerable range” to its east coast, South Korea’s defense minister said Thursday. But he emphasized that the missile was not capable of reaching the United States and that there are no signs that the North is preparing for a full-scale conflict.

North Korea has been railing against U.S.-South Korean military exercises that began in March and are to continue until the end of this month. The allies insist the exercises in South Korea are routine, but the North calls them rehearsals for an invasion and says it needs nuclear weapons to defend itself. The North has also expressed anger over tightened U.N. sanctions for its February nuclear test.

The report of the movement of the missile came hours after North Korea’s military warned that it has been authorized to attack the U.S. using “smaller, lighter and diversified” nuclear weapons. The reference to smaller weapons could be a claim that North Korea has improved its nuclear technology, or a bluff.

The North is not believed to have mastered the technology needed to miniaturize nuclear bombs enough to mount them on long-range missiles. Nor has it demonstrated that those missiles, if it has them at all, are accurate. It also could be years before the country completes the laborious process of creating enough weaponized fuel to back up its nuclear threats.

South Korean Defense Minister Kim Kwan-jin said he did not know the reasons behind the North’s missile movement, and that it “could be for testing or drills.”

The range he described could refer to a mobile North Korean missile known as the Musudan, believed to have a range of 1,800 miles. That would make Japan and South Korea potential targets — along with U.S. bases in both countries — but there are doubts about the missile’s accuracy.

The Pentagon announced that it will hasten the deployment of a missile defense system to the U.S. Pacific territory of Guam to strengthen regional protection against a possible attack.

Outraged over comments in the South about possible hostage-taking and a military response from Seoul, a North Korean government-run committee threatened to pull North Korean workers out of Kaesong as well.

The parading of U.S. air and naval power within view of the Korean peninsula — first a few long-range bombers, then stealth fighters, then ships — is as much about psychological war as real war. The U.S. wants to discourage North Korea’s young leader from starting a fight that could escalate to renewed war with South Korea.