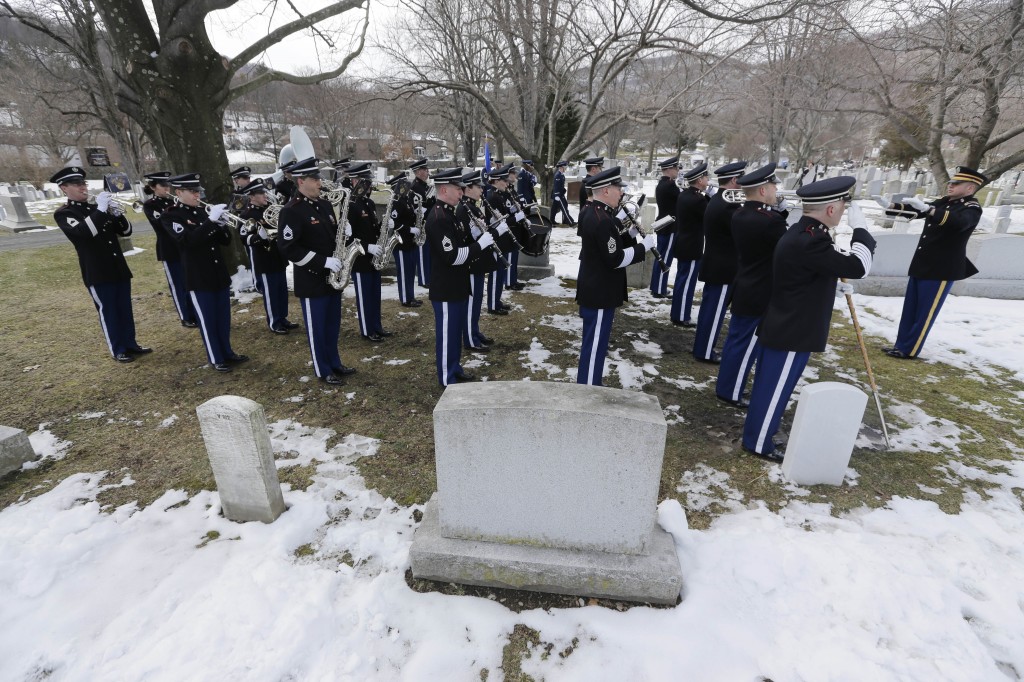 The West Point Cemetery has taken in graduates of the Long Gray Line from the age of the cavalry charge to the dawn of drone strikes. Headstones etched with names like Custer and Westmoreland stand near plots with freshly turned earth.

And after almost two centuries, the 12-acre cemetery is close to full.

The U.S. Military Academy and its graduates are taking steps to make more room with new niches for cremated remains and an eventual expansion of the burial grounds. The work will update a resting place for more than 8,000 people — the most hallowed ground at the nation’s the most venerable military academy.

“I would challenge you to find more valor in a smaller amount of space,” says cemetery administrator Kathleen Silvia, who notes that 16 Medal of Honor recipients lie here.

Walking among the headstones recently, Silvia — who was among the first female West Point graduates in 1980 — points out Revolutionary War-era dead and stoops down to tidy the marker for a recently deceased colonel she admired.

Though a military cemetery since 1817, not all the graves are uniform. A few older ones are extravagant. Egbert Viele, a Civil War veteran, rests in a two-story pyramid guarded by two stone sphinxes.

The grounds on a tree-sheltered promontory near New York’s Hudson River are reserved for West Point graduates and cadets, soldiers who die while assigned to the academy, and immediate family members. While graves of famous alumni like Robert E. Lee, Ulysses Grant, Dwight Eisenhower and Douglas MacArthur are elsewhere, some 140 to 200 people are laid to rest here each year.

Some are old soldiers whose feelings for West Point never faded away. Vietnam veteran and retired Lt. Col. Freed Lowrey, a 1967 graduate, says he will be buried here among the historic figures and his classmates who were killed in that war.

Mourners at Schwarzkopf’s service in February were told how crucial the academy was to his life and values. On a recent chilly Friday, the cremated remains of Air Force Maj. Gen. William Strong and his wife, Virginia, were buried here amid rifle volleys and a plaintive playing of taps. Strong, Class of 1940, had a distinguished career in the Air Force. Still, he and his wife decided to be buried near his father and brothers at West Point.

Down the road is a plan to expand the cemetery to a patch of adjacent land, since that option could be depleted within five years. Silvia figures that would allow another decade of burials.

Silvia says the situation boils down to basic math. Academy graduating classes can now number around 1,000, much larger than generations ago. About two-dozen of the more than 90 graduates who have died in the decade-plus of conflict since the Sept. 11 attacks are interred here.

“These are lifelong friends of ours, and it’s a very special honor for me to provide the final salute,” she says.