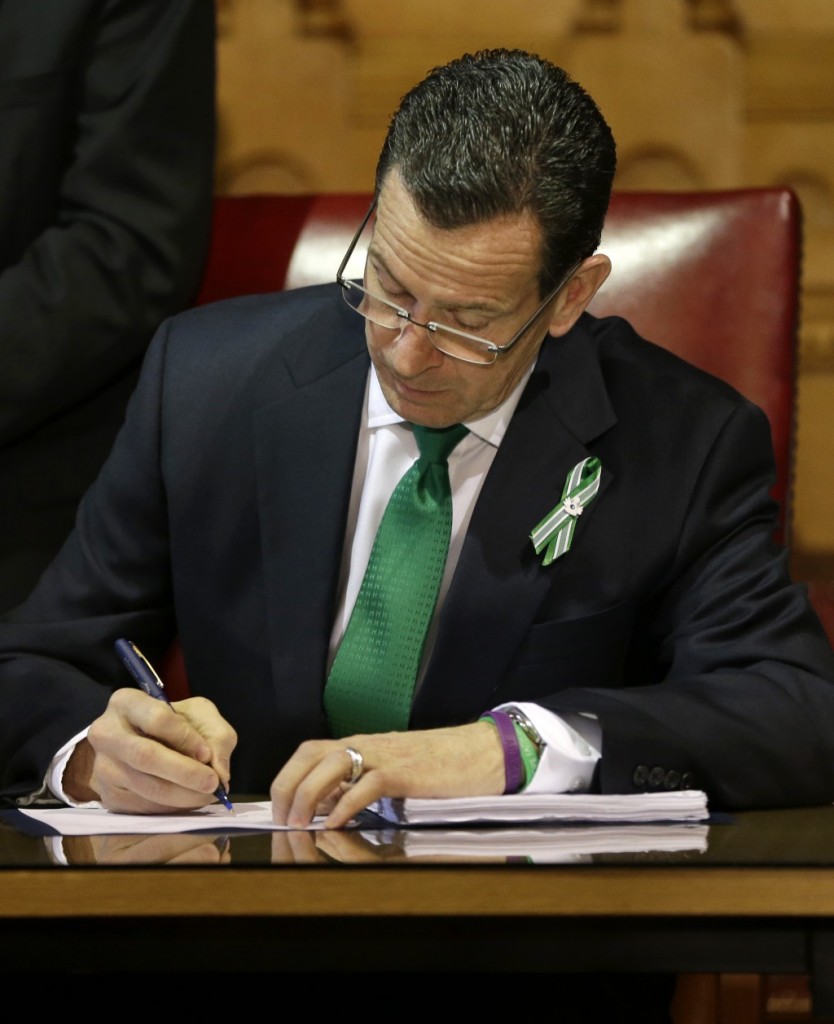 Gov. Dannel P. Malloy, who broke the news to shocked parents four months ago that their children had been slaughtered in a Connecticut elementary school, signed into law Thursday sweeping new restrictions on weapons and large-capacity ammunition magazines similar to the ones used by the man who gunned down 20 children and six educators in the massacre.

Alongside family members of some of the victims of the shooting at Sandy Hook Elementary School, Malloy signed the bill hours after the General Assembly approved the measure to give the state some of the toughest gun laws in the country.

“This is a profoundly emotional day for everyone in this room,” the governor said. “We have come together in a way that few places in the nation have demonstrated the ability to do.” 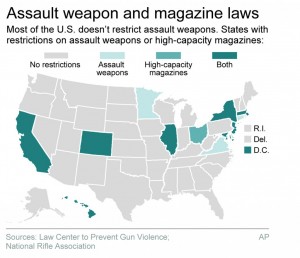 “This would put Connecticut … near the top of the states with the strongest gun laws,” Malte said.

The legislation adds more than 100 firearms to the state’s assault weapons ban and creates what officials have called the nation’s first dangerous weapon offender registry, as well as eligibility rules for buying ammunition. Some parts of the bill would take effect immediately after Malloy’s signature, including background checks for all firearms sales.

Following a total of more than 13 hours of respectful and at times somber debate, the House of Representatives and the Senate voted in favor of the 139-page bill crafted by leaders from both major parties in the Democratic-controlled General Assembly. Both were bipartisan votes.

“I pray today’s bill, the most far-reaching gun safety legislation in the country, will prevent other families from ever experiencing the dreadful loss that the 26 Sandy Hook families have felt,” said House Majority Leader Joe Aresimowicz.

Colorado and New York also passed new gun-control requirements in the wake of the Newtown shooting, in which a 20-year-old gunman used a military-style semi-automatic rifle.

But some lawmakers said they felt the legislation did not do enough to address mental health issues.

Rep. Mitch Bolinsky, a freshman Republican lawmaker from Newtown, acknowledged the legislation “is not perfect” and said he hoped it would be “a beginning in addressing critical mental health needs.”

Senate Minority Leader John McKinney, whose district includes Newtown, said he felt he was representing the interests of the Sandy Hook victims as he cast his vote.

“I stand here as their voice, as their elected representative,” he said, reciting the names of the 26 victims.

Lawmakers appeared to still be stunned by the enormity of the massacre.