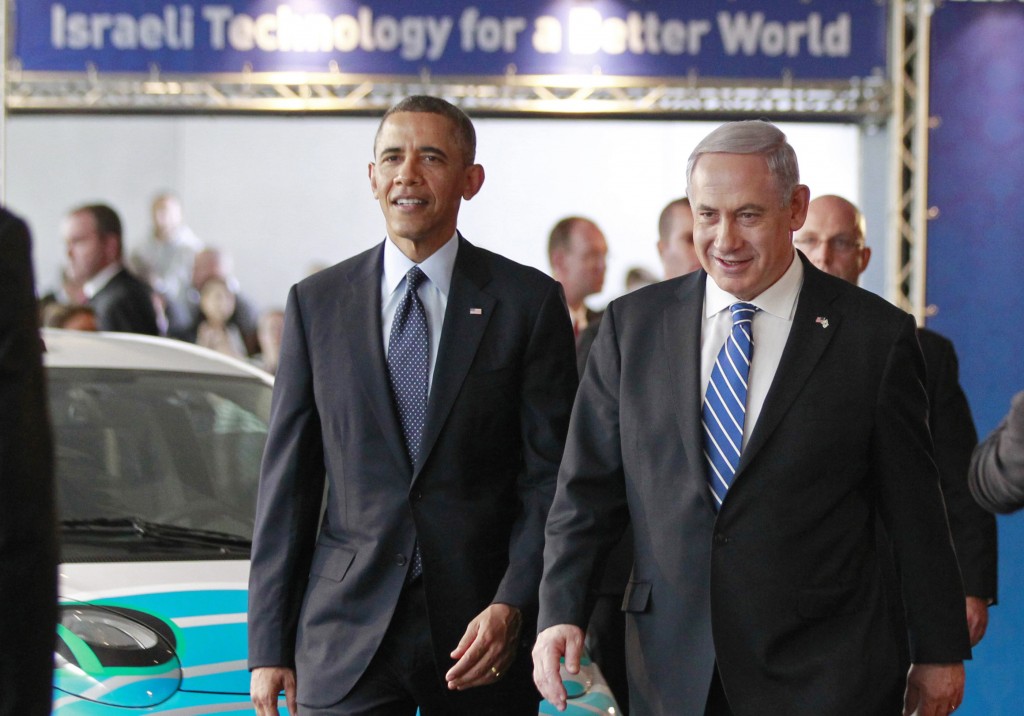 Palestinian terrorists in Gaza sent their trademark greetings of peace and goodwill — two rockets that landed in the southern city of Sderot on the second day of U.S. President Barack Obama’s visit to Israel.

Baruch Hashem, they failed to cause harm to anyone, even though one hit the exterior wall of a private home. Sirens sounded at 7 a.m., sending residents who were on their way to work and school into air raid shelters.

As Yossi Haziza, a Sderot resident in whose courtyard the first rocket exploded, surveyed the walls of his home sprayed with shrapnel and shattered windows, he told The Associated Press:

“I wish this was merely damage to property but my eight-year-old daughter and my wife are terrified,” Haziza said. “We just want to live in peace. We don’t want to keep having to run to bomb shelters.”

By Thursday night, Prime Minister Binyamin Netanyahu and Defense Minister Moshe Ya’alon had authorized the IDF to reduce Palestinian fishing territory from 6 miles to 3 miles off the Gaza shore in reaction to the attack, and to shut down the Kerem Shalom Crossing between Israel and Gaza, blocking the transport of goods into the Hamas-controlled territory.

Shortly after political sources in Yerushalayim were quoted by The Jerusalem Post challenging Palestinian Authority President Mahmoud Abbas to condemn the attack, the official Palestinian Wafa news agency quoted him saying: “We condemn violence against civilians regardless of its source, including rocket-firing.”

As Obama approached Ramallah for a meeting with Abbas, he got a more personalized sample of Palestinian anger as protesters raised their hands and tried to wave away his  helicopter, accusing him of siding with Israel, Reuters reported.

Around 150 demonstrators chanted anti-American slogans, saying they wanted weapons, not presidential visits. Much of Ramallah was shut down for Obama’s trip, which lasted less than five hours, with hundreds of armed security men, police officers and plainclothesmen patrolling the streets. The mood was grim compared to the easy-going comaraderie with the Israelis.

Palestinians were also reportedly disappointed that requests for Obama to meet the family of a Palestinian in an Israeli jail and visit the tomb of former President Yasser Arafat were turned down.

In public remarks in Ramallah, Obama pointedly refused to accept the Palestinian demand that Israel stops building houses in Yehudah and Shomron as precondition to negotiations.

“What I shared with President Abbas, and I’ll share it with the Palestinian people: if the expectation is we can only have direct negotiations when everything is settled ahead of time, then there’s no point in the negotiations,” he said.

But the rockets and the protests failed to disrupt the otherwise harmonious atmosphere of the Obama trip.

It has been noted from before his arrival, including by Obama himself, that he was coming primarily to listen, not to present any specific new plan for peace.

At the beginning of his speech Thursday night in Yerushlayim, Obama made a point of dispelling the endless speculation on his reportedly tense relationship with Israeli Prime Minister Binyamin Netanyahu, declaring, “I want to clear something up just so you know — any drama between me and my friend, Bibi, over the years was just a plot to create material,” for a satirical media show.

“ That’s the only thing that was going on.  We just wanted to make sure the writers had good material.”

Even a lone heckler who stood up about 15 minutes into Obama’s speech on Thursday night was commandeered into the official protocol of good feelings.

“I have to say we actually arranged for that because it made me feel at home. I wouldn’t feel comfortable if I didn’t have at least one heckler,” Obama said, laughing.

At a state dinner after the speech, President Shimon Peres bestowed the President’s Medal upon Obama for his unique contribution to Israel’s security.

It was the first time in which an honorary decoration was given by an Israeli president to an American president while still in office. In a sense, it was the second half of an exchange of gifts, since Peres received the U.S. President’s Medal of Freedom from Obama last year.

Earlier in the day, Obama went to the Israel Museum accompanied by Netanyahu to view the Dead Sea Scrolls. His host put a finger to glass case and read from the ancient text, and it was noted with some amazement that the Hebrew language had not changed much over two millenia.