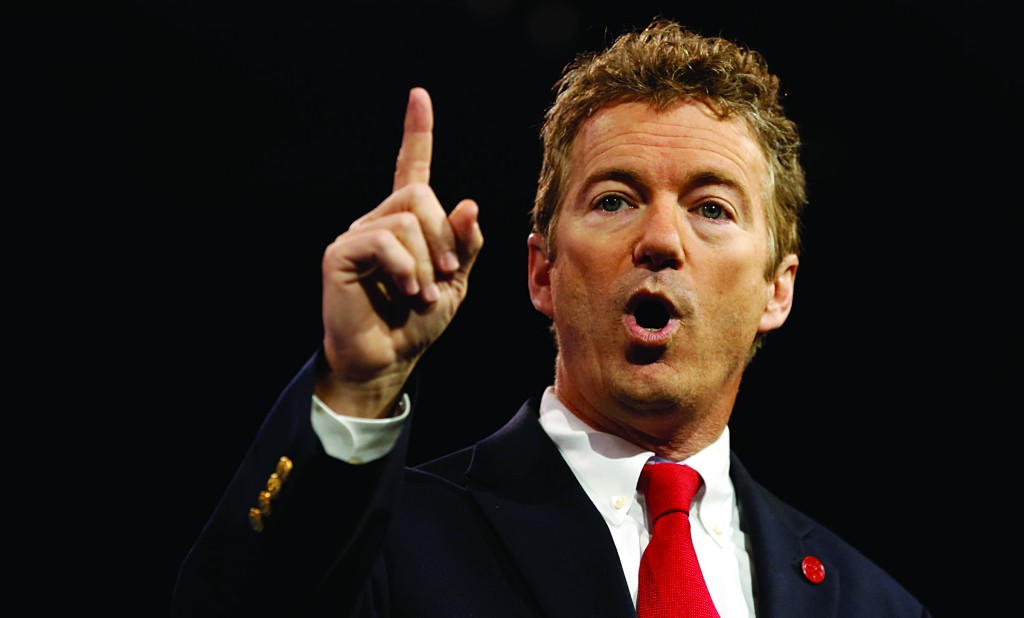 Senator Rand Paul, a leading conservative Republican, on Tuesday put his weight behind comprehensive immigration reform efforts that likely will include a pathway to citizenship for undocumented foreigners.

Paul, a Republican freshman senator who has hinted at a possible 2016 run for president, delivered a speech to the U.S. Hispanic Chamber of Commerce in which he ridiculed the notion of deporting the 11 million undocumented people, many of whom have lived for decades in the United States and are raising families here.

In a speech peppered with Spanish that he read off of a Teleprompter, Paul said he would offer legislation that would set up a probation period for those living in the country illegally.

“Somewhere along the line, Republicans have failed to understand and articulate that immigrants are an asset to America, not a liability,” Paul said.

Speaking to reporters, Paul was pressed on whether the probation period would lead to citizenship. He did not specifically say that it would but essentially described a process under which illegal immigrants would eventually become Americans. He said his goal was to “normalize” this large group of people in stages by granting them work visas once annual reviews of border security were approved by Congress.

After that, undocumented immigrants would “get in the line to come in the country which is how you become a citizen … like anybody else. But you wouldn’t go to the front of that line and you wouldn’t have to leave the country,” he said.

Paul is a favorite of the conservative Tea Party movement, which gives a greater priority to sealing U.S. borders than granting legal status to undocumented residents.

Bipartisan groups in the Senate and House of Representatives are gravitating toward legalizing illegal immigrants.

Paul’s speech highlighted the huge shift on immigration within the Republican Party. On Monday the Republican National Committee, the chief political arm of the party, announced a plan that includes increased efforts to recruit minority voters.