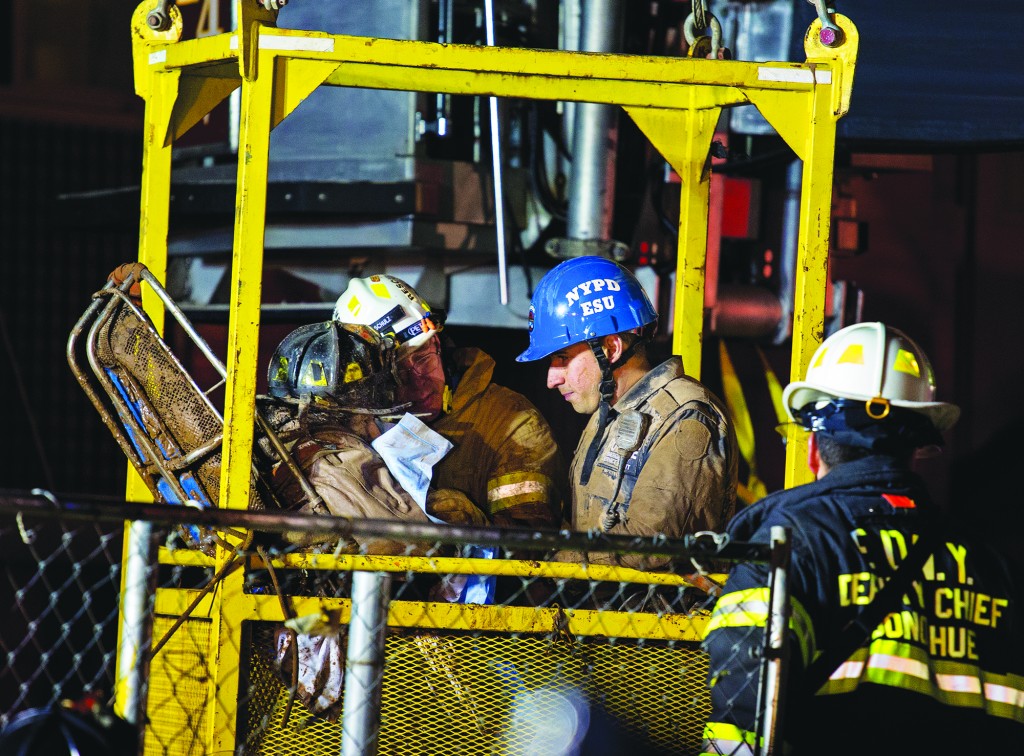 A subway construction worker was stuck in mud for hours in an underground tunnel in New York City before being rescued.

Fire officials say the worker was pulled out shortly after 12:30 a.m., about four hours after he became stuck up to his chest in the tunnel 75 feet below ground. Authorities say he was treated for hypothermia and is in serious but stable condition at a hospital.

More than 150 firefighters responded to the site on Manhattan’s Upper East Side, where the Second Avenue subway line is under construction. Three firefighters have suffered non-life threatening injuries. A Consolidated Edison vacuum truck helped remove debris.