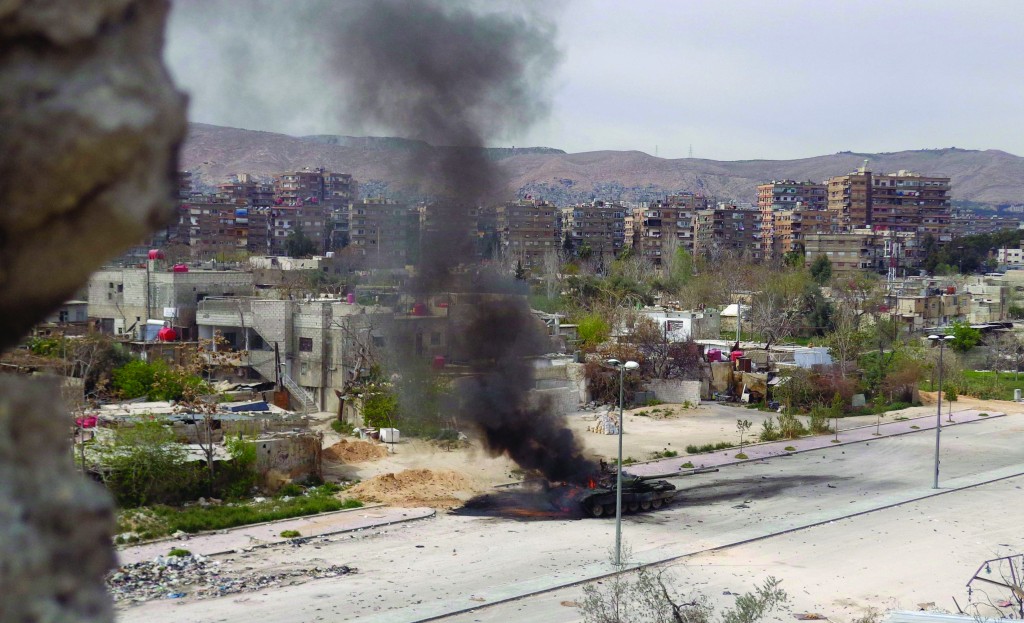 Syria’s government and rebels accused each other of launching a deadly chemical attack near the northern city of Aleppo on Tuesday in what would, if confirmed, be the first use of such weapons in the two-year-old conflict.

President Barack Obama, who has resisted overt military intervention in Syria, has warned Assad in the past that any use of chemical weapons would be a “red line.” There has, however, been no suggestion of rebels possessing such arms.

The reported toll is far below the mass slaughter inflicted on the Iraqi Kurdish city of Halabja where an estimated 5,000 people died in a chemical attack ordered by former Iraqi President Saddam Hussein 25 years ago.

No Western governments or international organizations confirmed a chemical attack, but Russia, an ally of Damascus, accused rebels of carrying out such a strike.

In Washington, the United States said it had no evidence to substantiate charges that the rebels had used chemical weapons.

A Reuters photographer said victims he had visited in Aleppo hospitals were suffering breathing problems and that people had said they could smell chlorine after the attack.

“I saw mostly women and children,” said the photographer, who cannot be named for his own safety.

He quoted victims at the University of Aleppo hospital and the al-Rajaa hospital as saying people were dying in the streets and in their houses.

President Bashar al-Assad, battling an uprising against his rule, is widely believed to have a chemical weapons arsenal.

Washington has expressed concern about chemical weapons falling into the hands of terrorist groups — either hardline Islamist rebels fighting to topple Assad or his regional allies.

Israel has threatened military action if such arms were sent to the Syrian- and Iranian-backed Lebanese Hizbullah group.

A rebel fighter in Khan al-Assal, about five miles southwest of Aleppo, said he had seen pink-tinged smoke rising after a powerful blast shook the area.

Ahmed al-Ahmed, from the Ansar brigade in a rebel-controlled military base near Khan al-Assal, told Reuters that a missile had hit the town at around 8 a.m.

“We were about two kilometers from the blast. It was incredibly loud and so powerful that everything in the room started falling over. When I finally got up to look at the explosion, I saw smoke with a pinkish-purple color rising up.

“I didn’t smell anything, but I did not leave the building I was in,” said Ahmed, speaking via Skype.

Ahmed said the explosion was quickly followed by an air strike. A fighter jet circled a police school held by the rebels on the outskirts of Khan al-Assal and bombed the area, he said.