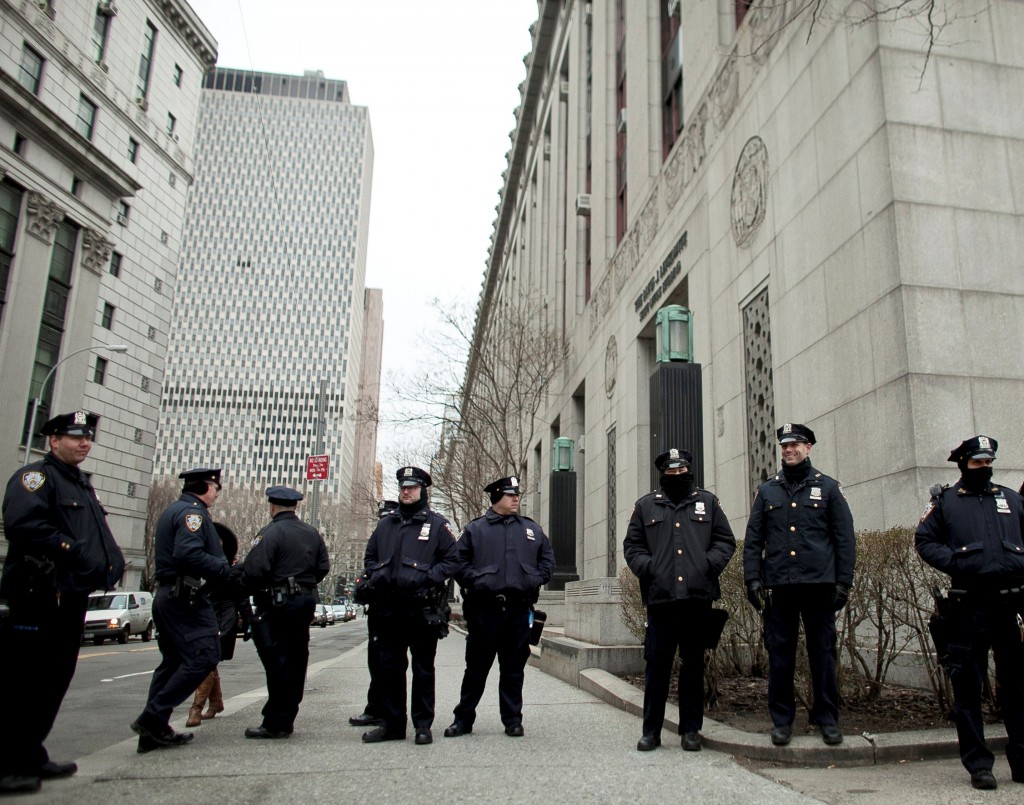 Many of the 5 million New Yorkers stopped, questioned and sometimes frisked by police in the past decade were wrongly targeted because of their race, lawyers for four men who said they were illegally stopped said Monday.

New York Police Department lawyers countered that officers must go where the crime is — and the crime is overwhelmingly in minority neighborhoods.

A civil trial that began Monday in federal court in Manhattan will examine the controversial tactic that has become a city flashpoint, with mass demonstrations, City Council hearings and mayoral candidates calling for reform. The lawsuit, now a class-action, seeks a court-appointed monitor to oversee changes to how the police make stops.

The courtroom and overflow rooms were packed Monday, and stop-and-frisk opponents held an afternoon rally outside the courthouse. The trial is expected to last more than a month.

City lawyers said the department already has many checks and balances, including an independent watchdog group that was recently given authority to prosecute some excessive force complaints against police. Officers have more than 23 million contacts with the public, but make only 600,000 stops.

“The New York Police Department is fully committed to policing within the boundaries of the law,” said Heidi Grossman, an attorney for the city. “…Police are given an awesome responsibility, one of which is to bring crime down and keep people safe.”

But Darius Charney, the lawyer for the four men who filed the suit in 2008, said the department is doing stops illegally and must be reformed. He called many of the stops a “frightening and degrading experience” for “thousands if not millions” of New Yorkers.

U.S. District Court Judge Shira Scheindlin, who has already said in earlier rulings that she is deeply concerned about stop and frisk, is not being asked to ban the tactic, since it has been found to be legal. But she does have the power to order reforms to how the tactic is used.