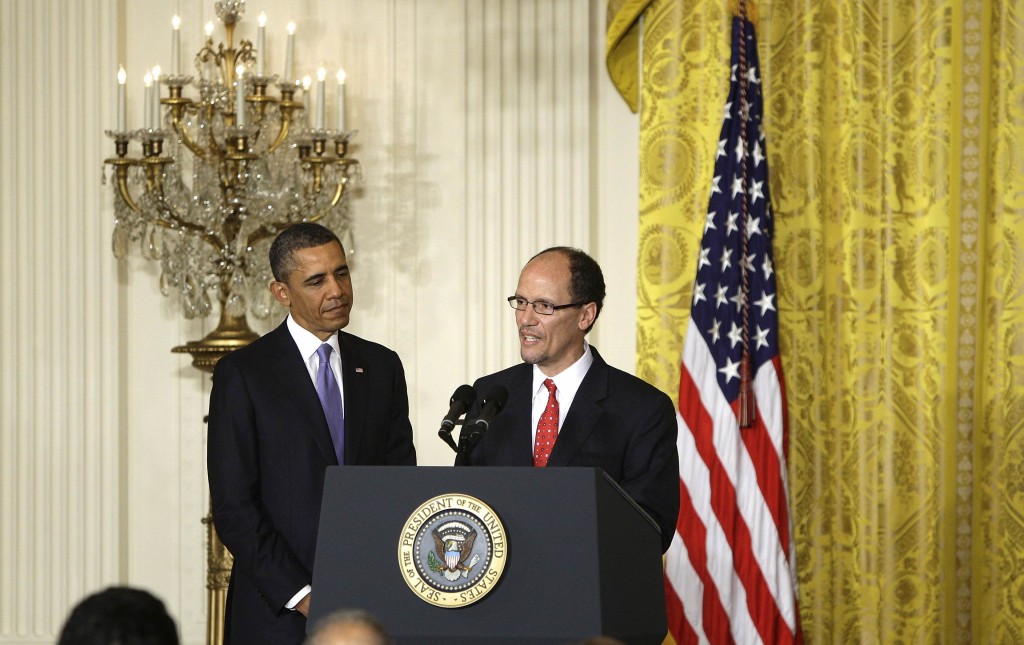 President Barack Obama gave a glowing rollout Monday to Thomas Perez, his choice to lead the Labor Department after an aggressive stint as the nation’s chief civil rights enforcer. But the nomination quickly ran into trouble as a Republican senator declared he would block the nomination until GOP concerns about Perez’s Justice Department tenure are addressed.

Sen. David Vitter said he objects because Perez enforced Louisiana’s voting rights laws in a way “that specifically benefits the politics of the president and his administration at the expense of identity security” of registered voters in the state. The Justice Department, he said, has not responded to Vitter’s 2011 letter on the subject.

But Obama and his allies pressed ahead with Perez’s debut in a new role, in which he would shift from the upper ranks of the Justice Department, saying they expect him to bring the same aggressive mindset to the Labor Department. They predicted he would raise the agency’s profile and play a more prominent role in the Cabinet than Hilda Solis, who left the post in January.

Obama called Perez a “consensus builder” whose “story reminds us of this country’s promise.”

“Tom’s made protecting that promise for everybody the cause of his life,” Obama said in an appearance with Perez in the White House East Room.

Perez is the only Hispanic so far to be named to Obama’s second-term Cabinet.

The son of Dominican immigrants who once worked as a garbage collector, Perez has led the Justice Department’s Civil Rights Division since 2009. If confirmed by the Senate, he would take over the Labor Department as Obama pushes several worker-oriented initiatives, including an overhaul of immigration laws and an increase in the minimum wage.

But he could face spirited opposition from some Republicans lawmakers who say his tenure at Justice has been guided too much by political ideology. His nomination comes days after a report from the Justice Department’s inspector general found the agency’s voting rights section has been plagued by ideological divisions and unprofessional conduct over two presidential administrations.