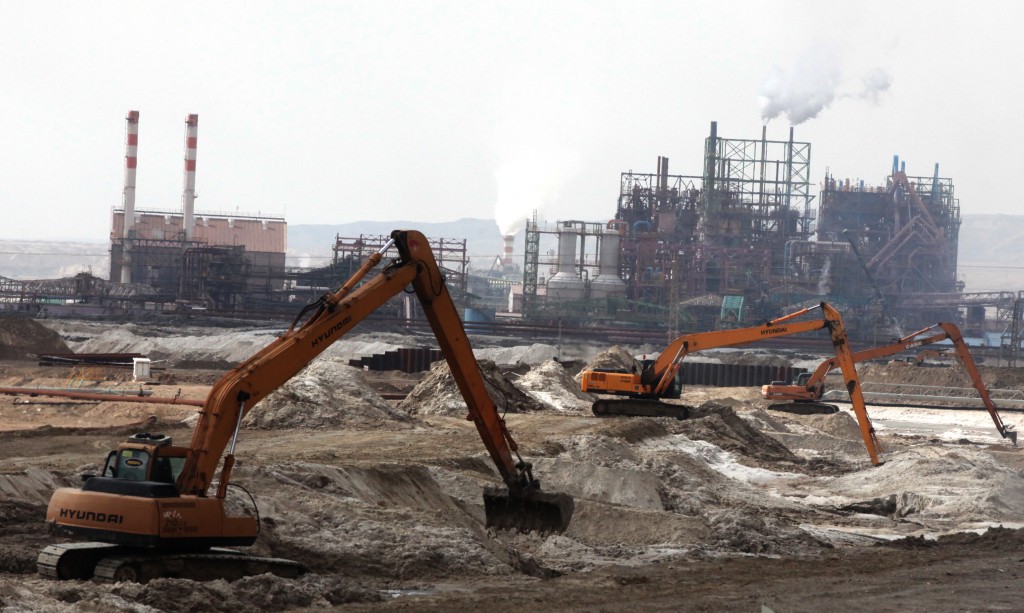 A merger of Israel Chemicals and a Canadian natural resource firm has run into stiff opposition from outgoing Environmental Protection Minister Gilad Erdan, according to The Jerusalem Post.

Erdan sent a letter to Prime Minister Binyamin Netanyahu urging the government to block the proposed merger, at least until it can clarify its policy on the matter.

Israel Chemicals, which does the majority of mineral extraction on the Israeli side of the Dead Sea, has three categories of shareholders: Israel Corp., which owns 52.30 percent, Potash-Corp Agricultural Society — held by Potash Corporation of Saskatchewan, Canada — which holds 13.85%, and members of the public and other institutions who control 33.85%.

Potash Corporation may decide to bid for the remainder of Israel Chemicals that it does not yet own, according to Bloomberg News.

Erdan wrote of dire consequences in such an eventuality, including severe environmental and financial harm to the region.

“The completion of the merger in question without finishing the process of establishing a national policy for managing natural resources would lead to the real endangerment of economic, social and environmental interests of the highest priority,” Erdan warned.

Erdan also called upon incoming finance minister Yair Lapid to immediately freeze discussions of the matter to give the new government time to determine its policy.

An outline of the investment plan in question suggests that such a deal could result in increased potash extraction from the Dead Sea region by foreign interests, bringing with it environmental damage, the minister argued.

Another undesirable outcome of a Canadian takeover, is the possibility of an international company transfering production to Jordan, where labor costs are cheaper.

Such a situation could adversely affect the livelihood of thousands of Israeli families, Erdan added.

“As we know, PotashCorp holds a global monopoly in potash production and can influence the prices of potash internationally against the interests of the state of Israel by exploiting its resources,” Erdan wrote, “and this depends on whether the Canadian company increases the production of potash or reduces it.”

For decades, Israel Chemicals has been mining minerals from the Dead Sea and has caused enormous damage to its environs — decreasing the basin’s water level and harming the area’s natural environment, Erdan wrote.

Because an expanding financial agreement with Potash Corp would expose Israel to further such risks, as well as social and environmental ramifications, the government must conduct a thorough examination of the country’s potash and phosphate resources, as well as create a unified policy on natural resource management before permitting any merger, Erdan argued.

An Israel Chemicals spokesman avoided comment on the potential merger, and denied any culpability for environmental damage:

“In the last three years, [ICL] invested over a billion shekels in that field, an investment that allows it to operate according to the most stringent standards in the world and even higher,” the representative said, adding that the continuously dropping water levels in the sea were a result of Israel and its neighbors diverting 1.5 billion cubic meters of water annually for other uses.

The company noted that it is the largest employer in the Negev and contributes 12 billion shekels to Israel’s GDP, facts which make foreign control a particularly sensitive issue.

The Finance Ministry declined comment, saying that it would not meddle in talks between private companies, though it reserved the right to take a position in the event a formal offer is made.