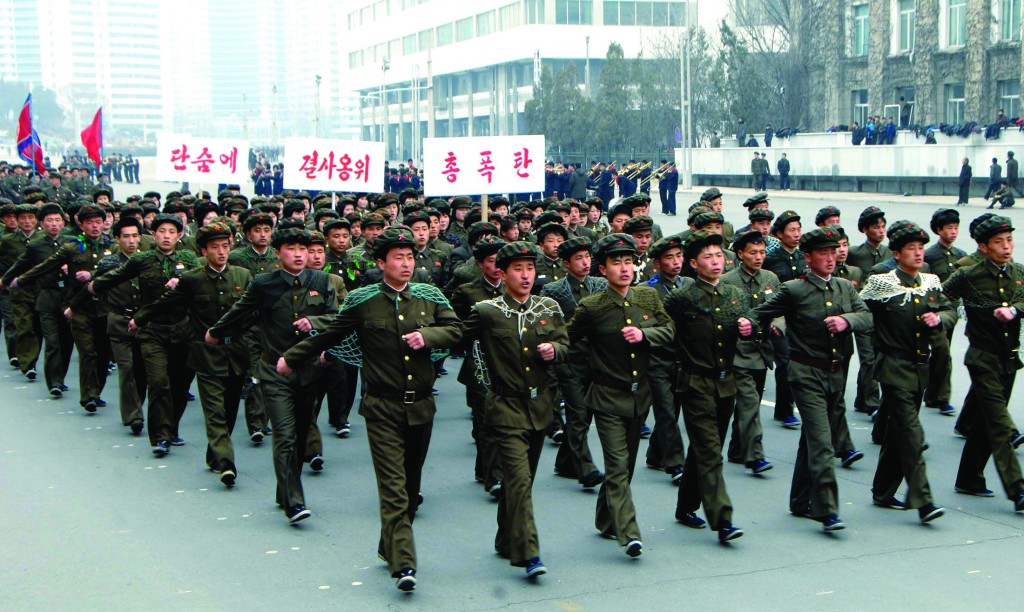 Hagel said the Pentagon would add 14 new anti-missile interceptors at Fort Greely in Alaska — an effective reversal of an early Obama administration decision — and move ahead with the deployment of a second missile-defense radar in Japan.

The Pentagon also left open the possibility of creating a site on the U.S. East Coast where the Pentagon could field more interceptors capable of striking down an incoming missile. The 14 additional interceptor deployments would cost nearly $1 billion and must be approved by Congress.

“By taking the steps I outlined today we will strengthen our homeland defense, maintain our commitments to our allies and partners, and make clear to the world that the United States stands firm against aggression,” Hagel told a news conference.

North Korea issued its threat last week to stage a preemptive nuclear attack against the United States as the United Nations readied new sanctions against Pyongyang in response to its February 12 nuclear test, the country’s third.

The Pentagon said the United States had informed China, North Korea’s neighbor and closest ally, of its decision to add more interceptors but declined to characterize Beijing’s reaction.

China has expressed unease at previous U.S. plans for missile defense systems, as well as sales of such systems to Taiwan and Japan, viewing it as part of Washington’s attempt to “encircle” and contain China despite U.S. efforts to ease Chinese fears.

Meanwhile, the chairman of the House Intelligence Committee says the U.S. just doesn’t know about “the stability” of North Korea’s young leader, who has threatened pre-emptive nuclear attacks on Washington.

Republican Rep. Mike Rogers of Michigan says Kim Jong Un is trying to “prove himself” to his military and the military is eager for “saber-rattling” for its own self-interest.

Rogers told CNN that the North Koreans seem to be looking for some “provocations.”