National Republicans Differ on Flexibility on Taxes With Obama
National 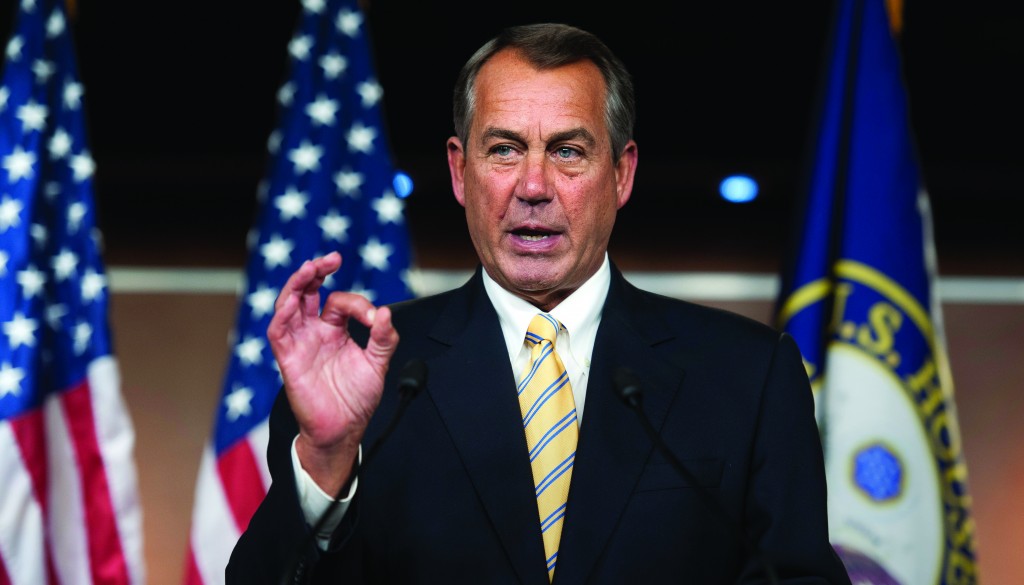 Leading congressional Republicans said on Sunday a broad deal with President Barack Obama on deficit reduction and entitlement reform remains possible but differed over potential flexibility on taxes, with the House speaker and budget leader not bending.

The top Republican in Congress, House of Representatives Speaker John Boehner, and Budget Committee Chairman Paul Ryan also agreed with Obama’s assessment that the United States was not currently in a debt crisis but that one was looming.

Boehner and Obama failed at the end of 2012 to hammer out a deal to get America’s fiscal house in order but Boehner said he “absolutely” trusts Obama.

Ryan, his party’s 2012 vice presidential nominee whose budget proposal last week was dismissed by Democrats, quoted former Republican President Ronald Reagan’s 1980s view of dealing with the Soviet Union, saying that with Obama, he believes in the policy of “trust but verify.”

Obama has engaged in a couple of weeks of outreach to Republican and Democratic lawmakers — some have called it a “charm offensive” — but the prospects of a large deficit reduction deal by midyear remained unclear.

Boehner said if Obama “believes that we have to have more taxes from the American people, we’re not going to get very far.” Ryan called for “revenue neutral” tax reform without higher taxes.

Obama met last Wednesday with House Republicans and made little headway in persuading them to accept his demand for tax hikes as part of any deficit-reduction deal.

House Speaker John Boehner says he “absolutely” trusts President Barack Obama — not that they don’t have their differences.

Boehner told ABC news that the two have a good relationship and that they’re “open with each other … honest with each other.” But the Ohio lawmaker says they’re trying to bridge some big differences.

One issue they agree on: The U.S. doesn’t have an immediate crisis in terms of debt.

Some conservatives criticized Obama when he said last week that the country doesn’t have an immediate debt crisis.

Boehner says a debt crisis does loom in the years ahead because entitlement programs are not sustainable if they aren’t changed.