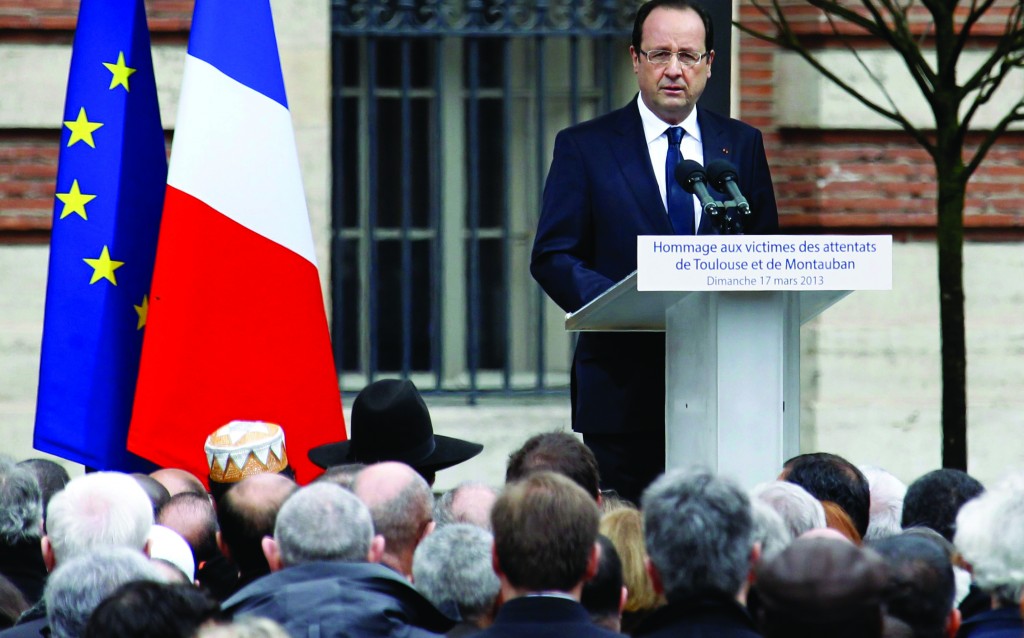 Toulouse Victims Died ‘Because They Were Jewish’

President Francois Hollande says France is tightening its intelligence gathering to prevent attacks like the one in the country’s south a year ago when a radical Muslim killed three Jewish schoolchildren, a rabbi and three paratroopers.

Marking the anniversary of the attacks, Hollande said that France has since passed a law which allows the state to convict French nationals abroad on terror charges, even if they have committed no crime on home soil.

“The children of Toulouse died for the same reason … because they were Jewish,” Hollande said.

Gunman Mohamed Merah, 23, was killed in a shootout with police soon after the attacks on a Jewish school in Toulouse.