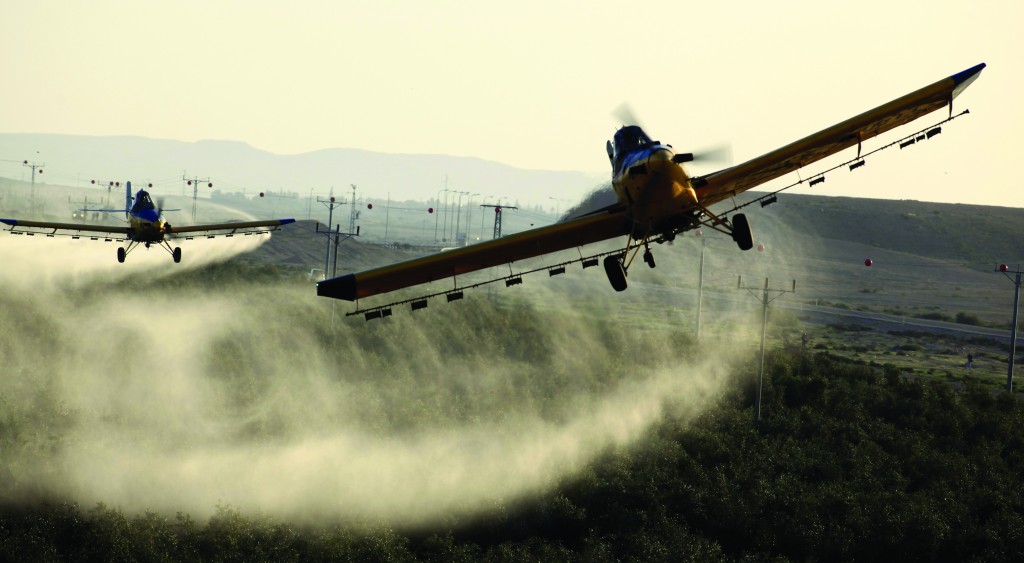 The threat to Israeli agriculture due to the massive swarms of locusts invading the country from the south has not passed, and probably will not pass, until sometime after Pesach, Globes reported, quoted Ministry of Agriculture experts on Sunday.

In order to keep crop damage to a minimum, Ministry inspectors plan to order many more sprayings of insecticides in coming weeks.

No new swarms were reported in Israel on Sunday morning and spraying was suspended temporarily.

At the end of the week, the Ministry of Agriculture sent out planes and ground crews to  spray in three locations extending over about 500 acres in the Ramat Hanegev.

The Ministry continues to monitor the movements of locust swarms in northern Sinai, which may soon also cross the border. The experts say that the swarms’ movements depend on the wind direction.

The Ministry of Agriculture says it is ready to meet the locust challenge, even simultaneous invasions from several directions, including from Sudan.

Due largely to intensive spraying, the tens of millions of locusts which have entered the country during the past few weeks have caused relatively little damage to crops.