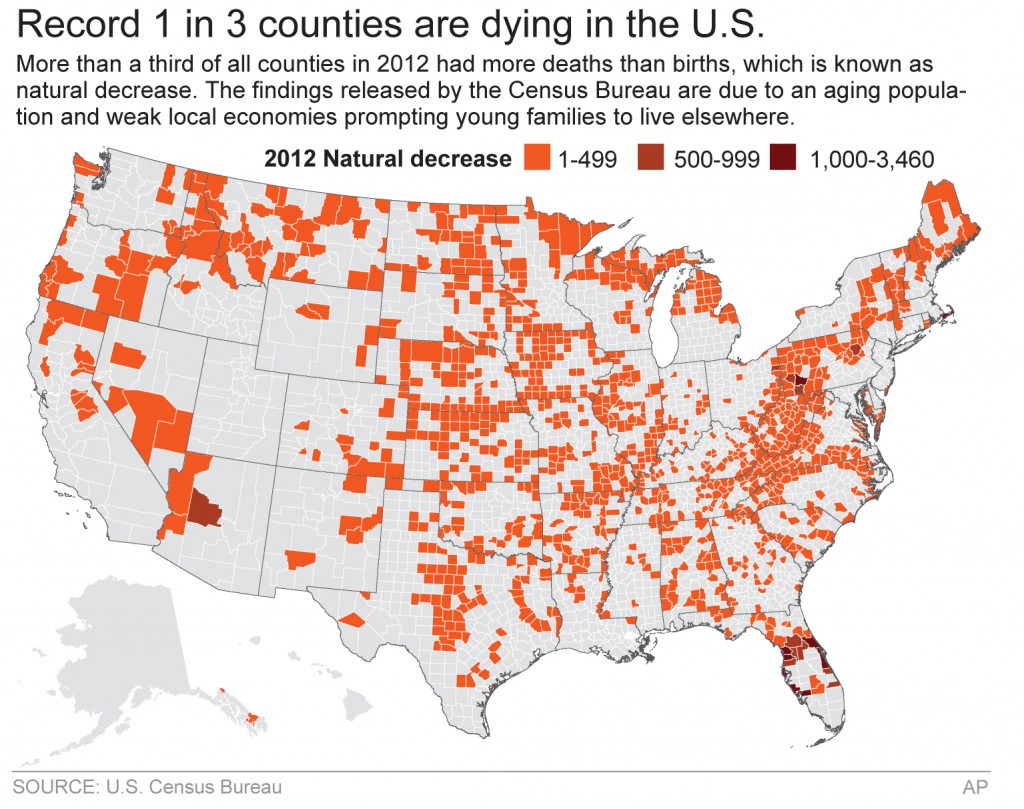 Two areas in the North Dakota oil patch are among the fastest-growing in the nation, according to new U.S. Census Bureau population estimates.

Last year, North Dakota passed Alaska to become the nation’s second-leading oil producer, behind Texas. Jobs in the oil fields are drawing people from all over the country, leading some people to question whether the U.S. Census Bureau had underestimated the growth.

“It is important to remember that these U.S. Census estimates refer to residents and not temporary workers or others who view their home residence in another state,” North Dakota Census Committee Chairman Rod Backman said. “This is especially important in western North Dakota, where town sizes are rapidly increasing, and that growth does not seem to be captured in the Census figures.”

Officials believe there are more than 30,000 people living in temporary crew camps in the oil patch, Backman said.

The Census Bureau also reported annual population increases in areas of central and eastern North Dakota, including the Fargo and Grand Forks areas.

“North Dakota’s workforce and economy have been accelerating for several years, and the official estimates are now reflecting that growth,” Backman said. “The fact of the matter is that North Dakota is attracting new residents across the entire state for good jobs and a stable economy.”