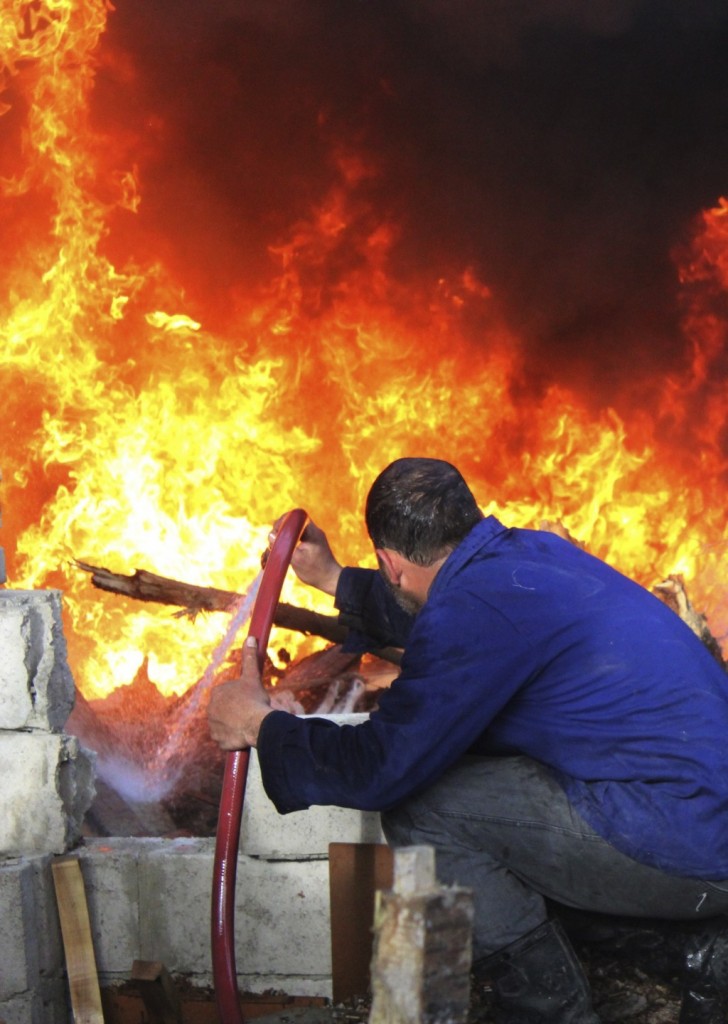 Iran has significantly stepped up military support to Syrian President Bashar al-Assad in recent months, solidifying its position alongside Russia as the government’s lifeline in an increasingly sectarian civil war, Western diplomats said.

Iranian weapons continue to pour into Syria from Iraq but also increasingly along other routes, including via Turkey and Lebanon, in violation of a U.N. arms embargo on Iran, Western officials told Reuters on condition of anonymity. Iraqi and Turkish officials denied the allegations.

Iran’s acceleration of support for Assad suggests the Syrian war is entering a new phase in which Iran may be trying to end the battlefield stalemate by redoubling its commitment to Assad and offering Syria’s increasingly isolated government a crucial lifeline, the envoys said.

It also highlights the growing sectarian nature of the conflict, diplomats say, with Iranian arms flowing to the Shiite terrorist group Hizbullah. That group is increasingly active on the ground in Syria in support of Assad’s forces, envoys say.

A Western intelligence report seen by Reuters in September said Iran was using civilian aircraft to fly military personnel and large quantities of weapons across Iraqi airspace to aid Assad. Iraq denied that report but later made a point of inspecting an Iran-bound flight that it said had no arms on board.

Much of the weaponry going to Syria now, diplomats say, continues to be shipped to Iran through Iraqi airspace and overland through Iraq, despite Baghdad’s repeated promises to put a stop to Iranian arms supplies to Assad in violation of a U.N. arms embargo on Tehran over its nuclear program.

“They [Iran] are playing now a crucial role,” a senior diplomat said, adding that Hizbullah was “hardly hiding the support it’s giving to the [Syrian] regime.”

He added that the Syrian civil war was becoming “more and more sectarian,” with Sunnis — an increasing number of whom come from Iraq — battling Shiites and members of Assad’s Alawite sect, an offshoot of Shiite Islam.

Ali al-Moussawi, Iraqi Prime Minister Nuri al-Maliki’s media adviser, strongly denied the allegations, saying on Wednesday, “No, such a thing never happened. Weapons did not and will not be transferred from Iran to Syria through Iraq, whether by land or by air.”

Russia has said repeatedly that its military support for Syria includes anti-missile air defense systems but no attack weapons such as helicopters.