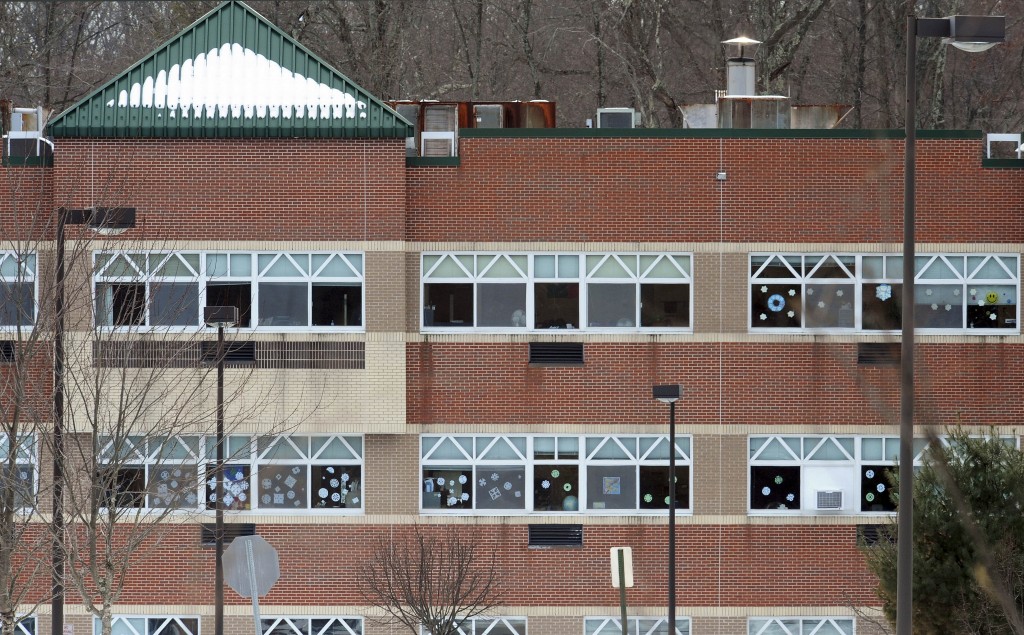 They relocated the entire student body to a new school. They brought in counselors to soothe shattered nerves, and parents to comfort the distraught.

But authorities know they cannot erase the lingering effects of the massacre at Sandy Hook Elementary School — students and faculty members still on edge, still traumatized by the sounds of gunshots and by the horrors they survived.

In the new school building in the neighboring town of Monroe, police remain a presence. Signs ask people to close doors softly and not to drag objects across the floor.

“There are reactions to noises, doors slamming, things being dropped have a strong startled response,” said Newtown School Superintendent Janet Robinson. “We’re really just trying to have the whole school be as calm as possible.”

A group of Sandy Hook Elementary School third-graders attending a Brownie meeting on a recent day heard a loud noise and looked around nervously. Though the troop leader assured them it was probably just someone pushing a cart, one girl began to cry.

“You can tell that every little sound that is made in that school, the kids are still extremely scared,” said Brenda Lebinski, parent of a third-grader who witnessed the episode.

Parents have been volunteering as hall monitors and aides to help comfort the students. Teachers, still coping with their own trauma, also struggle to make the children feel safe.

“I think they’re exhausted, mentally, physically,” said Wendy Davenson, a therapist working with school staff. “It takes ages to create a safe environment after something like this. I think the teachers are trying so hard to do that for the students and yet some of them may not really feel particularly safe either.”

Survivors of such shootings can experience nightmares, flashbacks, hyper-vigilance in which they are constantly on the lookout for danger and startled responses, said Russell Jones, a psychology professor at Virginia Tech who counseled survivors of a mass shooting at his school. Between 8 to 15 percent of those who experience traumas such as mass shootings develop PTSD, but about half of them no longer have the symptoms after three months, he said.