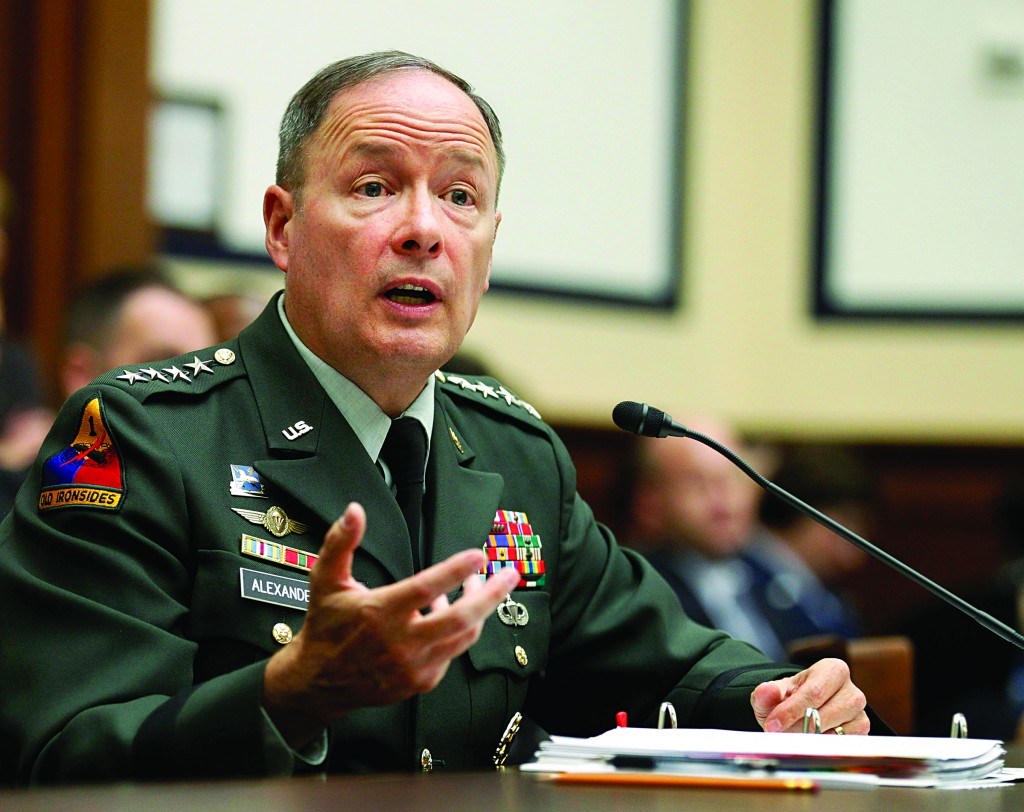 The Defense Department is establishing a series of cyber teams charged with carrying out offensive operations to combat the threat of an electronic assault on the United States that could cause major damage and disruption to the country’s vital infrastructure, a senior military official said Tuesday.

Gen. Keith Alexander, the top officer at U.S. Cyber Command, warned during testimony that the potential for an attack against the nation’s electric grid and other essential systems is real, and that more aggressive steps need to be taken by the federal government and the private sector to improve digital defenses.

Alexander told the Senate Armed Services Committee that foreign leaders are deterred from launching cyberattacks on the U.S. because they know such a strike could be traced to its source and would generate a robust response.

But the country is not preventing what Alexander called “low-level harassment of private and public websites, property and information by other states.” He did not mention specific countries, even though the Obama administration is escalating its criticism of cyber thefts by China.

Offensive cyber weapons are growing and evolving, Alexander said, and it is only a matter of time before tools developed by other nations wind up in the hands of extremist groups or individuals who could do significant harm.

Alexander said 13 cyber teams are being formed for the mission of guarding the nation in cyberspace. He described them as “defend-the-nation” teams but stressed their role would be offensive. In comments after the hearing, Alexander likened the teams’ duties to knocking an incoming missile out of the sky before it hits a target. He added the teams would work outside the U.S.

He said another 27 teams are being established to support the military’s warfighting commands, while others will protect Defense Department computer systems.

Even as Alexander detailed these moves, he pushed lawmakers to pass legislation that would make it easier for government and the private sector to share information about who is getting hacked and what to do about it.

President Barack Obama signed an executive order last month that relies heavily on participation from U.S. industry in creating new voluntary standards for protecting information and expands the government’s effort to provide companies with threat data. Unresolved issues include legal liability companies face if they divulge information and whether companies should be made to meet security standards.

The general also told the committee that there needs to be a clear consensus on how the nation is organized to protect critical infrastructure from cyberattacks. “It takes a team to operate in cyberspace,” Alexander said. “But at times I think in talking about the team approach, we’re not clear on who’s in charge.”

Another issue that still needs to be settled is what constitutes an act of war in cyberspace. He does not consider cyberespionage and the theft of a corporation’s intellectual property to be acts of war. But Alexander said, “I think you’ve crossed the line” if the intent is to disrupt or destroy U.S. infrastructure.

Sen. Carl Levin (D-Mich.), the committee’s chairman, noted that Obama recently issued a classified directive to govern cyber operations. The Pentagon also has developed a list of procedures on how to respond in “cyber crisis” situations, he added, and the Pentagon is expected to issue cyber rules of engagement for military commanders.

“The fact that these foundational policy frameworks and planning actions are just now taking shape serves as a stark illustration of how immature and complex this warfare domain remains,” Levin said.