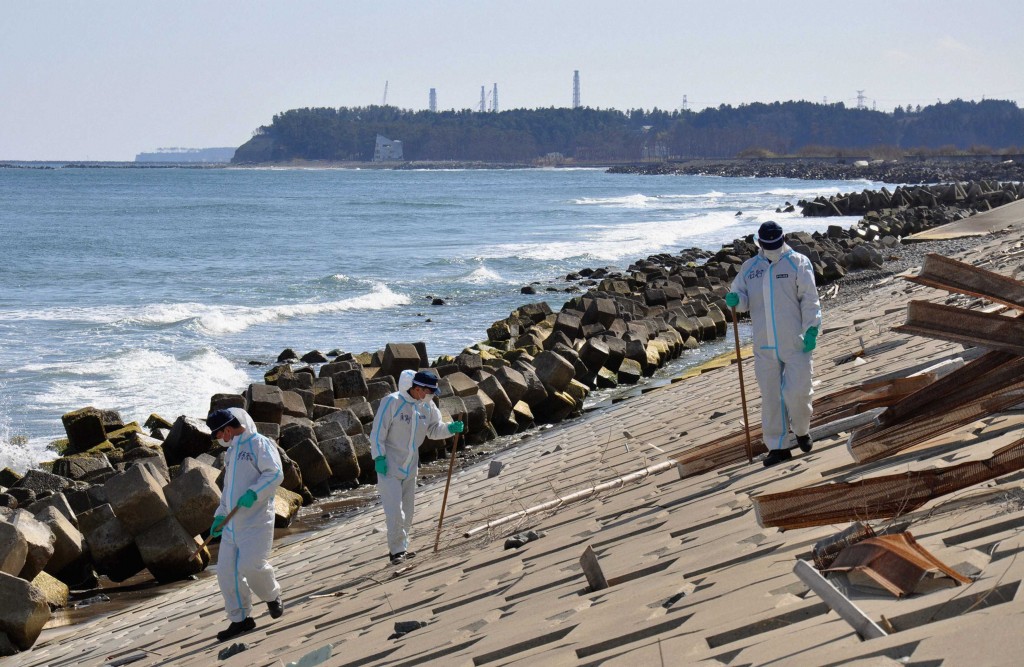 Amid growing dissatisfaction with the slow pace of recovery, Japan marked the second anniversary Monday of the devastating earthquake and tsunami that left nearly 19,000 people dead or missing and has displaced more than 300,000.

Japanese Prime Minister Shinzo Abe said that the government intends to make “visible” reconstruction progress and accelerate resettlement of those left homeless by streamlining legal and administrative procedures many blame for the delays.

“I pray that the peaceful lives of those affected can resume as soon as possible,” Emperor Akihito said at a somber memorial service at Tokyo’s National Theater.

At observances in Tokyo and in still barren towns along the northeastern coast, those gathered bowed their heads in a moment of silence marking the moment, at 2:46 p.m. on March 11, 2011, when the magnitude 9.0 earthquake — the strongest recorded in Japan’s history — struck off the coast.

Japan has struggled to rebuild communities and to clean up radiation from the Fukushima Dai-ichi nuclear plant, whose reactors melted down after its cooling systems were disabled by the tsunami. The government has yet to devise a new energy strategy — a central issue for its struggling economy with all but two of the country’s nuclear reactors offline.

About half of those displaced are evacuees from areas near the nuclear plant. Hundreds of them filed a lawsuit Monday demanding compensation from the government and the now-defunct plant’s operator, Tokyo Electric Power Co., or TEPCO, for their suffering and losses.

“Two years after the disasters, neither the government nor TEPCO has clearly acknowledged their responsibility, nor have they provided sufficient support to cover the damages,” said Izutaro Managi, a lawyer representing the plaintiffs.

Throughout the disaster zone, the tens of thousands of survivors living in temporary housing are impatient to get resettled, a process that could take up to a decade, officials say.

“What I really want is to once again have a ‘my home,’” said Migaku Suzuki, a 69-year-old farm worker in Rikuzentakata, who lost the house he had just finished building in the disaster. Suzuki also lost a son in the tsunami, which obliterated much of the city.

Further south, in Fukushima prefecture, some 160,000 evacuees are uncertain if they will ever be able to return to homes around the nuclear power plant, where the meltdowns in three reactors spewed radiation into the surrounding soil and water.