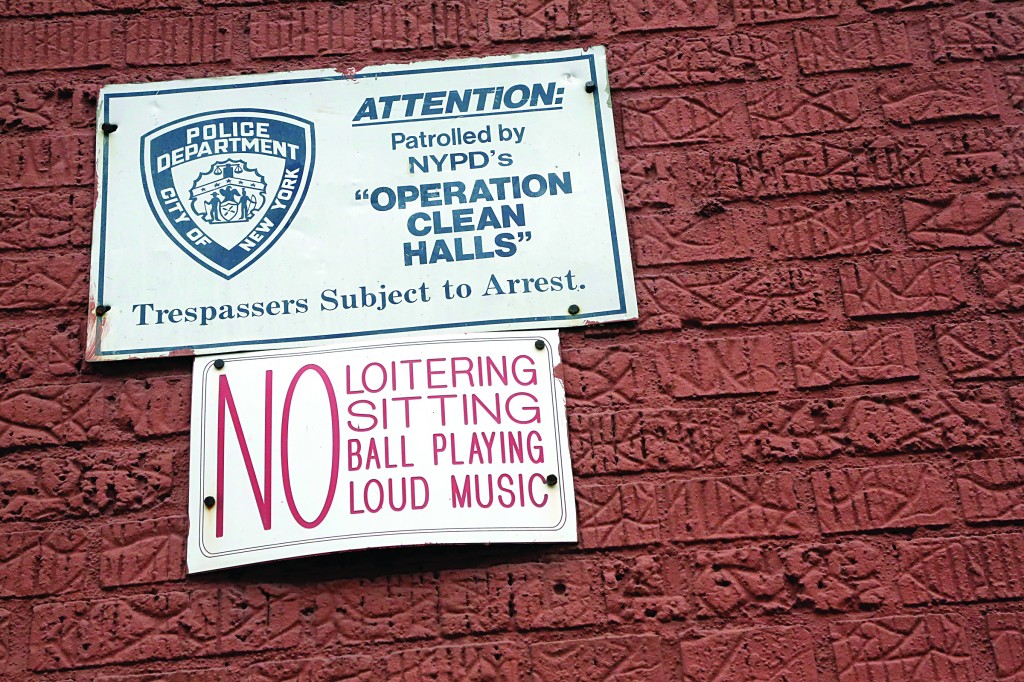 Jay Victorino was standing outside his mother’s apartment when he was grabbed by police, and he says if she hadn’t come downstairs to identify him he would have been arrested on a trespassing charge.

That’s because his mother’s South Bronx building is one of thousands of private dwellings patrolled by the New York Police Department under a program known as Operation Clean Halls.

Victorino, 28, has mixed feelings about the program — on one hand, he has seen his neighborhood become safer. On the other, he doesn’t think it’s right to be targeted.

“I don’t want to be stopped,” he said. “But I also don’t want something bad to happen to my family. It’s not easy to say what the right answer is. … It’s not a perfect world.”

His ambivalence was echoed by dozens of people around the city who live in buildings enrolled in the program, the only one of its kind in a major U.S. city that gives police standing permission to roam the halls of private buildings. More than a dozen residents have filed a federal lawsuit saying their civil rights were violated.

“We don’t feel safe, but it’s because of the police,” said Jaenean Ligon, one of the plaintiffs, who said her sons have been wrongly arrested.

Operation Clean Halls started in Manhattan in the 1990s, when crime was at an all-time high and some private building owners felt overwhelmed with wrongdoing inside their properties. Now, there are more than 3,000 participating buildings around the city, mostly in higher-crime areas such as the South Bronx. To enroll, a building owner or manager signs paperwork allowing police to enter and arrest people found to be committing crimes.

Edifices citywide are dotted with small white square signs alerting residents that their homes are patrolled by police. Some are huge complexes, others are small brownstones. Officers have conducted hundreds of thousands of patrols up and down stairwells and even more outside.

“It’s good for us. It’s great. We love it. Otherwise, people are in the hallways all the time up to no good,” Courtney Campbell, 77, said.

But others say they can’t go home without being menaced. In August 2011, Ligon sent her teenage son to the corner store get ketchup for the fries she was making for dinner. He didn’t return.

Eventually, a police officer rang her doorbell and told her over the intercom to come down and identify her boy.

“I thought he was dead,” she said. “I ran down the stairs, and when I saw him there, I just collapsed.”

Ligon said her son later was arrested on a trespassing charge but the charge was dropped.

“I want the harassment to stop,” she said. “It’s not right.”