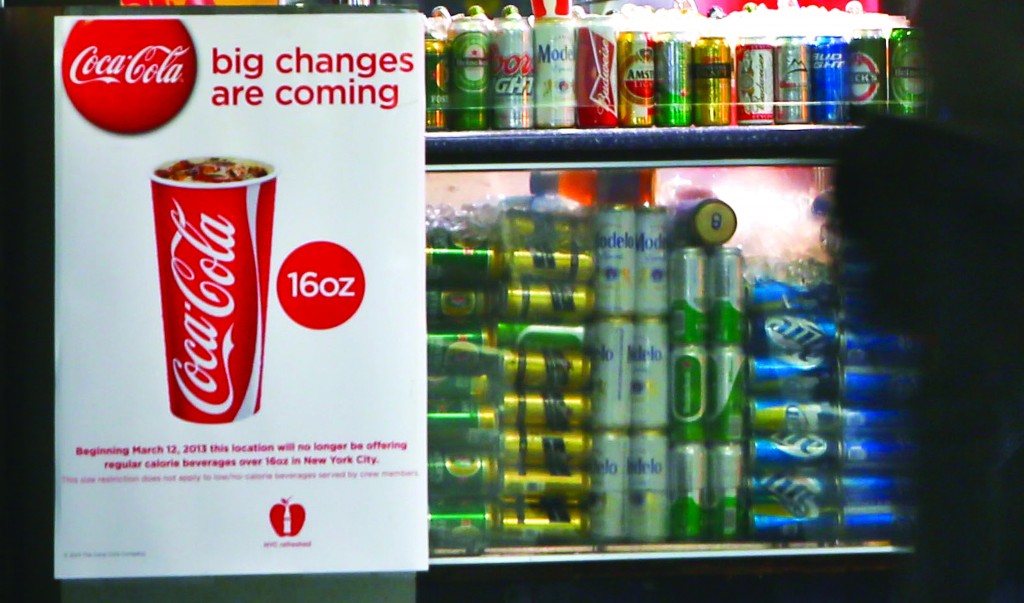 A judge struck down New York City’s pioneering ban on big, sugary drinks Monday just hours before it was supposed to take effect, handing a defeat to Mayor Michael Bloomberg and creating confusion for restaurants that had already ordered smaller cups and changed their menus.

State Supreme Court Justice Milton Tingling said the 16-ounce limit on sodas and other sweet drinks is too arbitrary because it applies to only some sugary beverages and some places that sell them.

“The loopholes in this rule effectively defeat the stated purpose of this rule,” Tingling wrote in a victory for the beverage industry, restaurants and other business groups that called the rule unfair and wrong-headed.

Further, the Bloomberg-appointed Board of Health went beyond its authority in approving the size limit, the judge said, agreeing with the critics that the matter should have been up to the elected City Council.

The city vowed to appeal the ruling, issued by New York state’s trial level court. But for now, it means the ax won’t fall Tuesday on supersized sodas, sweetened teas and other high-sugar beverages in restaurants, theaters, corner delis and sports arenas.

“The court ruling provides a sigh of relief to New Yorkers and thousands of small businesses in New York City that would have been harmed by this arbitrary and unpopular ban,” the American Beverage Association and other opponents said, adding that the organization is open to other “solutions that will have a meaningful and lasting impact.”

The first of its kind in the nation, the ban has sparked reaction from city streets to late-night talk shows, celebrated by some as a bold attempt to improve people’s health and derided by others as another “nanny state” law.

The rule, if upheld, would create an “administrative leviathan,” warned Tingling, who was elected to the state Supreme Court bench in 2001 as a Democrat.

In defending the rule, city officials point to the city’s rising obesity rate — about 24 percent of adults, up from 18 percent in 2002 — and to studies tying sugary drinks to weight gain.

“Without a portion cap on sugary drinks, it would be harder to tackle an obesity epidemic that kills more New Yorkers than anything other than smoking and causes misery for many thousands more who suffer from heart disease, diabetes and other debilitating illnesses,” Health Commissioner Dr. Thomas Farley said after the ruling.

Critics said the measure is too limited to have a meaningful effect on New Yorkers’ waistlines. And they said it would take a bite out of business for the establishments that had to comply, while other places would still be free to sell sugary drinks in 2-liter bottles and supersize cups.

The ruling “serves as a major blow to Bloomberg’s incessant finger-wagging,” said J. Justin Wilson at the Center for Consumer Freedom, created by restaurants and food companies.

“The court confirmed what most New Yorkers already know: They don’t need a government regulator to dictate their diet choices. New Yorkers should celebrate this victory by taking a big gulp of freedom.”

“Really, I think it’s just big government getting in the way of people’s rights,” he said. “I think it’s up to the person. If they want to have a giant soda, that’s their business.”